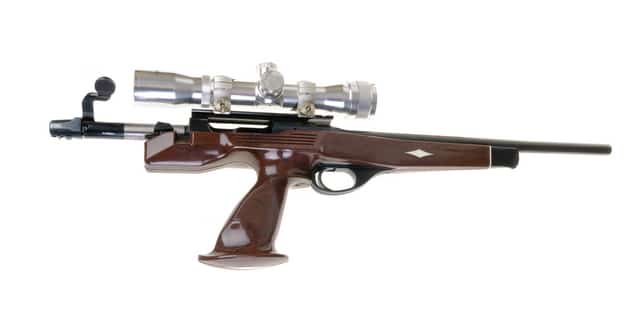 Founded in 1816 by Eliphalet Remington, Remington Arms Company, LLC is the oldest gun maker in America, as well as the oldest factory in the country to still make its original product. The company offers more cartridges than any other gun or ammunition makes in the world, and it’s the largest gun producer in the U.S.
When he founded the company, Eliphalet Remington thought he could build a better gun than he could buy, and that proved to be true. He started by designing and built a rifle for himself, which he used in a shooting match. The other competitors were so impressed with his gun that they wanted one for themselves.

That’s when Remington entered the gunsmithing business, eventually moving his operation to Ilion, NY, a site still in use today. Remington was deeply involved in both World Wars. During WWI, the company produced arms for several Allied Powers. The models produced then included the M1907-15 Berthier rifles for France, Model 1891 Mosin-Nagant rifles for the Russian Empire, and the Pattern 1914 Enfield for Britain.
During WWII, Remington manufactured the U.S M1817 Enfield rifle and the Springfield bolt-action rifle and developed the Pedersen device.
In 1962, the company produced the Model 700 bolt-action rifle, which later became one of Remington’s most successful guns. Many sub-variants of this rifle were developed afterwards, such as the Remington 700 BDL, the Remington 700PSS, used by the police, and the M24 SWS, which became the United States military’s standard sniper rifle from 1988 up until 2010.

Remington rifles have a long history in the United States, and many models were produced over the years. From law enforcement agencies to the military, Remington firearms and ammunition have been very popular since the very beginning, and they almost iconic to the industry nowadays.
If you’d like to talk to us about getting a Remington or one of the many other makes and models of guns, knives, and ammunition we carry, contact us for everything related to your firearms and ammunition needs.
620

The idea for the Model 520 and 620 shotguns was first proposed in 1907 by John Browning. These shotguns featured a pump-action, hammerless, take-down, repeating design.  The Model 520 first appeared in Stevens’ 1909 catalog and remained in production until 1939. Model 620 was developed in 1927 as a streamlined version of the 520 and continued to be manufactured until 1955. During WWI, the 520A and 620A, also known as the M520-30 and M620, were produced for the U.S. Military. Over 45,000 shotguns were produced during WWII, and many of them were also used through the Vietnam War.

Today, Stevens shotguns are designed to deliver high-quality performance at an affordable price. With an impressive history behind, the Stevens Arms brand is still ready to deliver some of the best shotguns for their price range.