Home » Handguns » Other » Benefits of a Home Defense Handgun

Benefits of a Home Defense Handgun 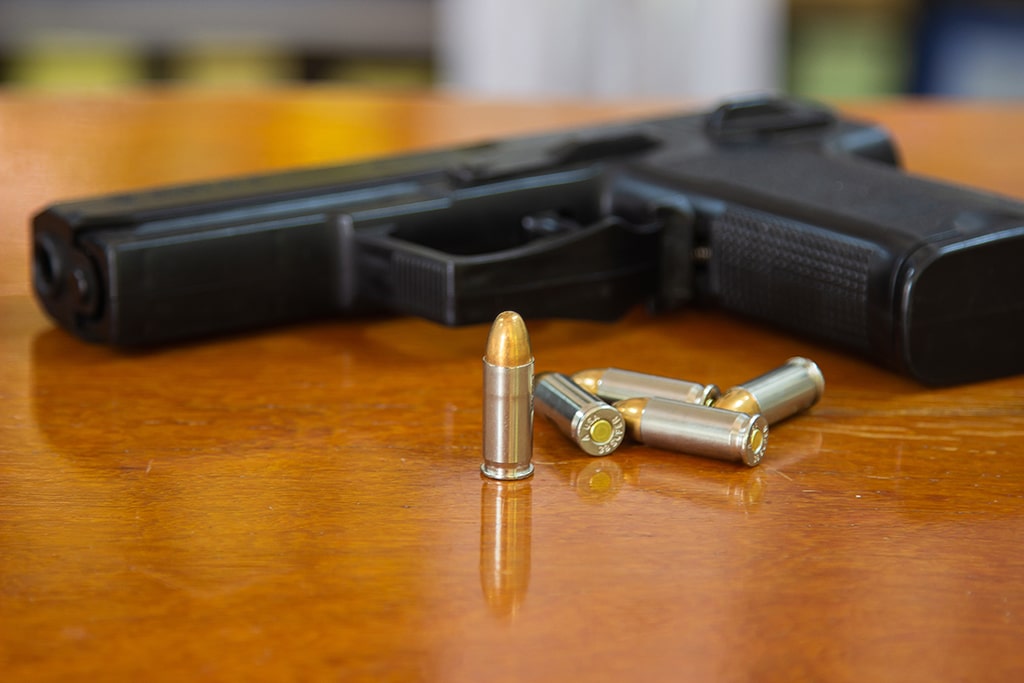 While they may not have the raw power and effectiveness that rifles and shotguns offer, handguns offer several advantages and benefits, some of which may not be necessarily obvious even to a seasoned gun owner.

If you’re thinking about using a handgun as your home defense firearm, you have a choice between semi-automatic pistols and revolvers. Your choice depends on your preferences, although we explore the benefits of both.

As any gun owner can tell you, handguns are relevant because they are small, easy to carry, conceal, and store securely.

A gun safe intended for one or two handguns is significantly less expensive and easier to hide amidst your home furniture than a gun safe or a cabinet intended for long guns.

If you have children in the house and are concerned about them discovering your firearms, there are plenty of inexpensive gun safe models that can help keep your guns safe and secure.

There are two approaches to using a handgun as your home’s defensive weapon: using a dedicated gun or using your existing concealed carrying piece. Both methods have pros and cons; it is up to you to decide which is better for you.

Having a dedicated home defense gun allows you to use a full-size pistol or revolver without worrying about concealment. As long as you can keep it secured safely, it is not only possible but recommended to use a full-size handgun.

Full-sizes are a little heavier than compacts and subcompacts, allowing them to absorb recoil more effectively. They also have taller grips, which lets you hold them more comfortably, allowing you to shoot more accurately.

The disadvantage of using a full-size as a dedicated home defense gun is that generally, they’re not as easy to conceal, and you may have to purchase a different gun if you’re also looking to carry concealed.

Another approach is to have one gun for both home defense and concealed carrying. Other than the obvious advantage of not requiring you to purchase a second firearm, this decision also means you can use a gun you’re already familiar with for both applications.

The disadvantage of this method is that your firearm must be adequate for home defense and concealed carrying. This choice will limit the practical size of your handgun, potentially making it harder to shoot accurately should you end up in a home defense situation or another high-stress scenario.

If the home defense handgun you want is a semi-automatic pistol, you can access a wide range of makes, models, and calibers.

Magazine capacity varies depending on caliber and frame size, but a typical full-size polymer-framed 9mm pistol holds 15 to 18 rounds in the magazine. Equivalent full-size .40 S&W pistols typically hold 12 to 16, and full-size .45 ACP pistols hold 7 to 12.

Many, if not most modern pistols also possess an accessory rail, on which you can install accessories such as a laser sight or a tactical light.

Purchasing a tactical light for your home defense pistol may be a worthwhile extra investment, as it allows you to brightly illuminate the area in front of you, letting you see potential intruders before you pull the trigger.

The ability to see clearly in front of you enables you to respect the rules of gun safety – in particular, the fourth rule: always be sure of your target and what’s beyond it. Revolvers have never stopped being relevant in the world of personal defense, and it is primarily because of their high reliability and relative simplicity.

For home defense, it is better to purchase a DA/SA (double-action/single-action) or DAO (double-action-only) revolver, with a cylinder release latch (the lever that allows you to open the cylinder).

Single-action only (SAO) revolvers are more challenging to use for home defense because they require you to cock the hammer between each shot and eject spent casings one by one.

Modern revolvers are relatively simple to load and even simpler to shoot. There are no magazines to worry about, a significantly reduced risk of jamming or malfunctions, and fewer controls to learn using.

Typical revolver calibers for home defense include .38 Special, .44 Special, and .357 Magnum. Capacity ranges between five and eight, with six the most common.

A significant advantage of using a DA/SA revolver is the confidence that you can cock the hammer or pull the trigger again even if one of your rounds misfires.

A misfire would cause a pistol to jam, requiring you to deal with clearing a malfunction. If you don’t trust your fine motor skills in a high-stress situation, a revolver may be a better choice for you.

Despite lacking external safety levers, revolvers are safer to handle. In double-action mode, the heavy trigger pull requires significant and deliberate force to be pulled, which may prevent negligent discharges.

Also, it is easy to make a revolver safe – the simple act of opening the cylinder prevents it from being fired. A pistol requires two steps: removing the magazine and racking the slide to empty the chamber, in that specific order.

No matter the type of handgun you prefer for home defense, don’t neglect the aspect of personal preference. If there are makes, models, ergonomic features you like, or if you’re simply more familiar with a particular type or model of handgun, it isn’t wrong to go with what you know.

IFA Tactical offers a wide selection of pistols, revolvers, ammunition, and accessories for all your home defense and personal protection needs. If you need assistance choosing a firearm, call us at (586) 275-2176.