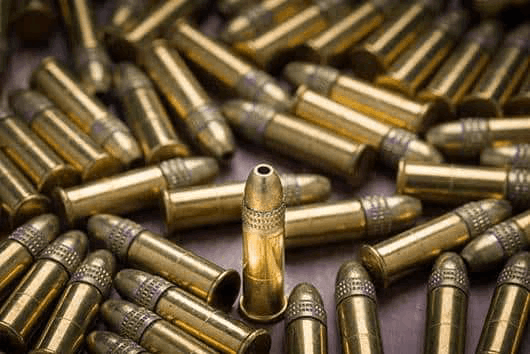 If you are a gun owner, you likely have at least one firearm chambered in a .22 Long Rifle, the world’s most common rimfire cartridge. This small, inexpensive cartridge is not just for plinking and practicing your fundamentals; it is also a viable varmint hunting round. This popular cartridge can even be precision shooting ammunition.

Regardless of your favorite application, keep your .22-caliber firearms fed with the best rimfire ammo on the market.

If you enjoy rimfire competition or target shooting sports, chances are you’re using a match-grade .22 LR bolt-action rifle. Whether you shoot at 25, 50, 100 yards, or beyond, you should only feed your rifle or pistol with the most accurate .22 Long Rifle ammunition you can find.

Eley Tenex is the gold standard for accurate .22 Long Rifle ammunition. This ammo is world-renowned for its consistency and accuracy at 25 and 50 yards, achieved through precise engineering techniques and rigorous, computer-assisted inspection methods.

Eley Tenex is designed for elite shooting events, making it a fantastic choice to squeeze the most accuracy out of your competition .22 LR gun. No Tenex cartridge leaves the factory without meeting Eley’s stringent standards. The results speak for themselves: it was the ammunition of choice for all 2014 World Champions and 14 out of 18 Olympic medalists at the London 2012 Games.

Tenex ammo produces an average muzzle velocity of 1085 ft/s out of a rifle barrel, making it standard-velocity ammo. As with all standard-velocity .22 LR ammo, Eley Tenex ammunition stays in the subsonic range. Despite that, it produces a flatter trajectory than most other match-grade ammo on the market, especially when fired from the barrels of competition firearms.

Lapua Center-X is match-grade .22 Long Rifle ammunition, recognized as the gold standard for long-range rimfire shooting (100 yards and beyond). This 40-grain, lead round nose ammunition produces an average muzzle velocity of 1,000-1,070 feet per second (from a rifle-length barrel), placing it firmly in the category of standard-velocity ammo.

The bullet features a ballistic coefficient (BC) of 0.172, one of the highest among factory .22 LR ammunition. The low BC makes Lapua Center-X ammunition highly stable in flight and contributes to its reliability, flat bullet trajectory, accuracy, and versatility.

This is the rimfire ammo you need to win, whether you’re competing for a Rifle Shooting Merit Badge, Bullseye events, ELR Rimfire tournaments, or any other precision shooting events.

Virtually every gun owner has seen a box of CCI Stingers at least once. This CCI Ammunition brand is perhaps the most famous high-velocity hollow-point .22LR ammo in the United States.

Featuring a 32-grain copper-plated hollow-point projectile and an advertised muzzle velocity of 1640 ft/s (191 foot-pounds force of muzzle energy), CCI describes Stingers as “hyper-velocity” rimfire cartridges, faster than any other .22 LR high-velocity brand on the market. These lighter bullets and high muzzle velocities are the secret behind the Stinger’s proven performance against pests and other small critters.

CCI Stinger ammunition is not just highly effective; it is also affordable and widely available. The higher velocity also has the energy to cycle virtually every semi-automatic .22 LR reliably, making this common ammunition ideal for function testing. It’s safe to assume your .22 has a problem if your gun can’t cycle Stingers consistently.

The Varmint High Energy or Varmint HE brand is Winchester USA’s hunting-oriented line of rimfire ammunition. The .22 Long Rifle version features a 37-grain bullet achieving an average muzzle velocity of 1435 ft/s out of a rifle barrel, making it high-velocity ammo.

Although it is a hollow point, the Varmint HE bullet does not expand and mushroom upon impact like a traditional HP. Instead, it is a segmenting bullet, designed to expand and then separate into four parts: three sharp copper-plated segments and a solid base. Plinking is the kind of shooting gun owners do for fun and recreation instead of competition, hunting, or self-defense.

The term ‘plinking’ comes from the metallic sound, “Plink!” that you hear when shooting at a steel plate or a similar target. It refers to all informal target shooting, even if it involves paper targets or other non-metallic targets. In other words, plinking ammo is ammunition for target shooting.

Shooting cheap .22LR ammo with basic firearms is among the least expensive ways to enjoy your favorite hobby, whether you prefer semi-automatic firearms like the Ruger 10/22 or manual-action types (e.g., bolt-actions, lever-actions, pump-actions).

If you’ve been shooting for a while, you’ve probably seen many of these green boxes before. Instantly recognizable with its large yellow text and white lightning logo, the Remington Thunderbolts are well-known for being some of the least expensive .22 LR ammunition in the United States.

The Thunderbolt cartridge features a standard lead round nose bullet with a bullet mass of 40 grains and a powder load developing about 1260 ft/s out of a rifle, making it high-velocity ammo. Thunderbolts are most commonly sold in value packs (e.g., 500-round boxes) at an attractive regular price.

Thunderbolts may not be the cleanest or the most accurate ammo available, but the low prices and high ammo quantity per box offer unbeatable value for the dollar. If you need cheap ammo for extended shooting sessions, this is the brand to get.

If you want an inexpensive but reliable plinking round that is sure to go bang in your semi-automatics, you can’t go wrong with the CCI Mini-Mags, one of the most common choices of .22 LR ammo available on the market.

You can think of the Mini-Mag as very similar to the CCI Stinger but with a slightly lower muzzle velocity, making it more affordable. As a result, CCI Mini-Mags offers a unique blend of value, performance, and high reliability to satisfy any shooter. Look for bulk ammunition deals to get even more quality bang for your buck.

At IFA Tactical, our mission is to educate you about the Second Amendment and equip you with the best firearms and ammunition to exercise your rights. We are committed to providing only the best products and customer service. For help, questions, or inquiries, please call us at (586) 275-2176.