Evolution of the Single Shot Rifle 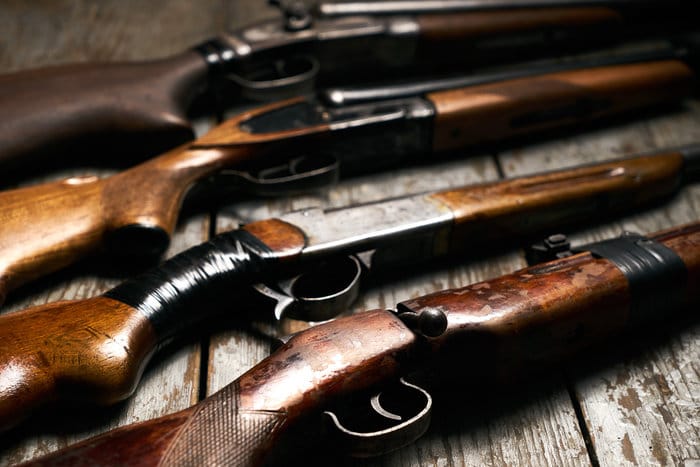 The history of firearms begins with single shot rifles. The 19th century was the heyday of these types of rifles, but they remain popular with many firearm aficionados today. Though there have been some developments that have brought this classic gun into the modern era, many of these rifles maintain the original style.

The origins of the single shot rifle

Though firearms can be traced back to China and the 10th-century fire lance, the first rifles were developed in the mid-19th century. At the time, the most common firearm was the musket, which was used both for hunting and in a military battle.

Rifles were easier to load than muskets and far more accurate due to their spiraling grooved barrels that cause the projectile to spin in the air. Smaller bullets for the grooved barrels, known as mini balls, were developed in the 1840s by Claude-Étienne Minié, and by the time of the American Civil War in the 1860s, rifled muskets were a standard military weapon.

The major gun manufacturers of the era all had single shot rifles in production by the last decades of the 19th century. The popular Springfield Model 1973 was a trapdoor, breech-loading rifle, though the most common type of single shot rifle was the break action.

Perhaps the most famous single shot rifle is the Winchester Model 1885 which was designed by renowned firearm designer, John Moses Browning. This falling-block action rifle became the model that many manufacturers would base their own designs on.

By the next century, though, bolt action rifles would be the standard.

The First World War was the high point for the use of bolt action rifles. These single shot rifles were lighter and cheaper than other rifles and required far fewer moving parts, which is why they became so popular for military use.

In the 1960s, Ruger introduced the Ruger No. 1, a falling-block action rifle that has been available in dozens of different calibers in the years since its first release. Due to its relatively compact size, it quickly became a favorite for many shooters.

As more advanced, rapid-fire weaponry became the norm, single shot rifles became largely relegated to hunting activities. Still, major manufacturers like Steyer, Cooper, and Remington continued to produce single shot rifles throughout the 20th century in part because of their relative simplicity and ease of use.

These days, single shot rifles are often only owned by collectors or thought of as a gun for beginners. Their lightweight and simple firing capabilities make them ideal for young shooters just to learn to hunt.

If you look for single shot rifles for sale online, you’ll see they do still have their fans. There remain those that swear by them because hunting with one requires a person to be a more accurate and conscientious hunter. Far from being a “beginner’s” gun, a single shot rifle demands a greater level of expertise and rewards dedication. Modern single shot rifles are not far removed in design from their 19th-century predecessors. The main differences are in the variety of the length of the barrels and the caliber of bullets that can be fired.

In 2005, Winchester brought back the original, beloved Model 1885 as a limited series. This reintroduction of a classic simultaneously illuminates how much has changed in gun manufacturing and how timeless some of the classic models are.

As long as there are gun owners who appreciate a finely crafted, elegant rifle, the single shot will never go out of style.