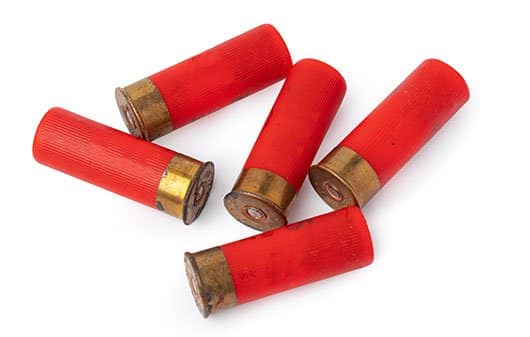 If you are a new shooter, it’s easy to get lost in the sea of terminology and principles unique to shotguns. Arm yourself with as much information and knowledge as you can, follow these tips and tricks, and you’ll be a shotgun ammo expert in no time.

What’s a Gauge? How Many Gauges Are There?

Shotgun ammunition in the United States typically uses neither system, using the gauge notation instead. The gauge is an obsolete unit of diameter. Gauge is measured from the weight of a lead ball fitting the gun’s bore, expressed as a fraction of a pound of lead. The smaller the gauge number, the larger the bore diameter.

The most common shotgun gauges in the United States are:

.410 bore is the only exception to the gauge system, employing imperial measurement, similar to pistol and rifle calibers. .410 bore corresponds to a theoretical 67.62-gauge. 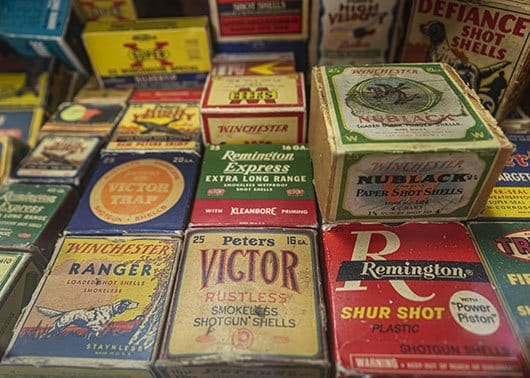 Dram Equivalence: What is That?

While shopping for shotgun ammunition, you may have seen dram equivalence or one of its abbreviations: Dram Eq., Dr. Eq., and so on.

Like pistol and rifle cartridges, shotgun ammo was once loaded with blackpowder, and the only projectiles available were various sizes of lead pellets. Blackpowder charges were measured in drams, an obsolete unit of mass. Drams are part of the avoirdupois unit system; 1 dram equals 0.0625 oz. Therefore, 3-dram shotgun shells were loaded with about 3/16 oz. of blackpowder.

Knowing the number of drams in a specific shotgun shell was a way for shooters of the blackpowder era to tell the relative power of their ammunition. The higher the number, the more powerful or hotter the shell, and the more recoil it was likely to produce.

An average 12 gauge shell featured a 3-dram charge and 1-⅛ oz. of shot, generating a muzzle velocity of around 1,200 ft/s out of a typical hunting shotgun barrel. These shells generally produced mild recoil, making it reasonably comfortable to shoot.

Today’s shotgun shells no longer use blackpowder; they use much lighter and more effective modern smokeless propellants instead, rendering the old dram weight charts obsolete.

The term “dram equivalence” appeared to help shooters transition from blackpowder to smokeless, giving shooters an idea of how powerful the new ammunition was.

Although muzzle velocity now replaces dram equivalence as a relative indicator of power, some manufacturers still feature dram equivalent values on their boxes, often in conjunction with velocity values.

Many factors can affect the dram equivalence of a shotgun shell (in particular, gauge size, shot size, and shot charge). Just because two shell types have an identical dram equivalence doesn’t mean they perform the same.

Both of these shells would be 3-½” dram equivalent, despite having very different characteristics.

Another piece of information you may have noticed on your box of shotgun shells is a length in inches, such as 2-¾” or 3”. In theory, this measurement refers to the shell length.

However, if you were to measure a shotgun shell advertised as 2-¾”, you’d find its actual length is closer to 2-½” or even shorter. Can you load this in a shotgun with a 2-½” chamber?

The answer relates to the way shotgun shells work. If you observe a shotgun shell’s top end, you should find either a crimp or rolled edges with an end-cap.

Regardless of the shape of the shell’s mouth, a shotgun shell expands when fired; the crimp or edges extend outward, increasing the shell’s length to the advertised dimensions.

Therefore, a shotgun’s chamber must accommodate the length of a once-fired, fully expanded shell, and the advertised measurements on ammunition boxes refer to the fired shell length.

If you own a concealed carry revolver, you may already know that .38 Special is safe in .357 Magnum chambers, but the inverse is not; .357 rounds are too long to fit in .38 chambers, and even if they did fit, it would be too dangerous to fire.

The same principle applies to shotgun shells. If your shell length is under the chamber length, it is safe to load and fire. If it is oversized, it is unsafe to fire, even if it loads and chambers correctly. This principle applies regardless of the type of shotgun employed, whether you possess a double barrel, a pump-action, or a semi-auto.

When firing an oversized shell, the crimp or edges may end up blocked by the forcing cone and have no room to expand, potentially causing a pressure spike, destroying the firearm, and injuring the shooter.

If you’re unsure what your shotgun’s chamber dimensions are, consult the owner’s manual or contact the manufacturer.

Below is a non-exhaustive list of shell lengths for some of the most common gauges in the United States.

By far, 12 gauge has the broadest range of shell lengths available, from the 1-¾” Aguila Mini-shells to the extra-powerful 3-½” Nitro Magnum.

Most 20 gauge shells in the United States are either 2-¾” or 3”, although modern-production ammunition for obsolescent 2-½” and 2-⅝” is still in production.

10 gauge shells once had a broader selection of shell lengths, ranging from 2-⅞” to 3-½”. However, due to fading interest in this caliber, modern-production 10 gauge ammunition is almost exclusively 3-½”.

Get the Best Deals on Shotgun Ammo

If you need help choosing the best ammo for the job or have any questions regarding shotguns, call us at (586) 275-2176.