Home » Handguns » Other » What Are the Most Popular Guns Used by Law Enforcement?

What Are the Most Popular Guns Used by Law Enforcement? 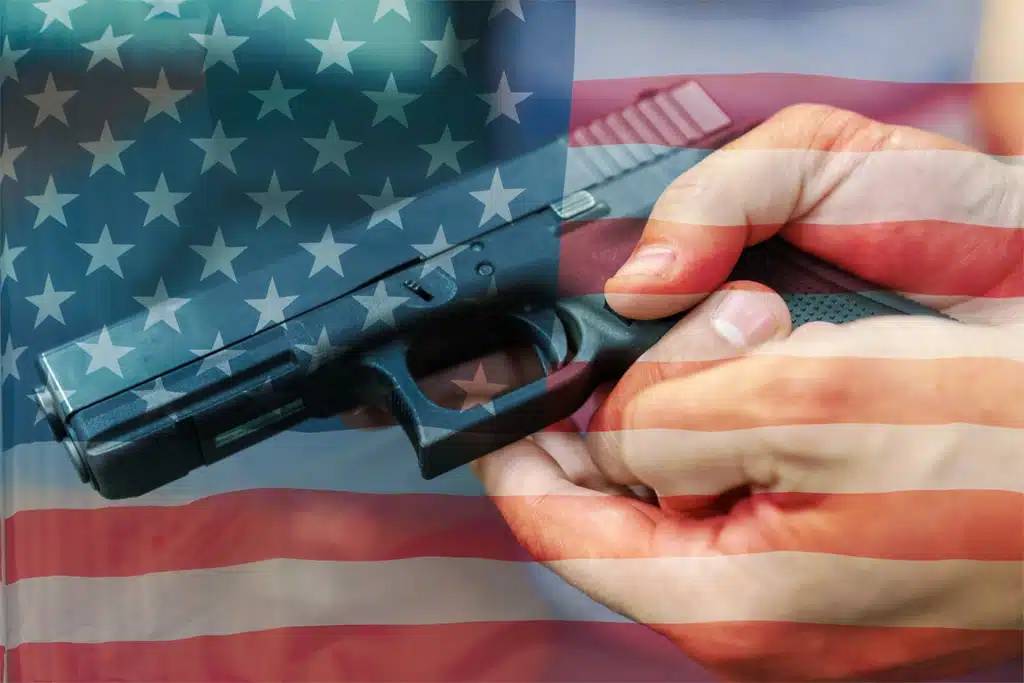 When looking for a new self-defense pistol, make sure that you are buying the highest quality pistol possible. By examining which types of pistols law enforcement utilize, you are establishing a reliable metric for quality. The following guns are most popular with law enforcement, which means that these are the guns that can be trusted as quality self-defense weapons.

Why are Glock handguns so popular with law enforcement? The answer is the Glock pistols are the pinnacle of quality in the gun industry. Gaston Glock began manufacturing guns in 1982. The original Glock 17 made its way to the U.S. in 1988.

Instantly, law enforcement officers were impressed by the Glock. Its light frame paired with an impressive 17-round ammunition capacity gave officers a better sense of security, especially at that time due to mounting drug crime in the United States. Soon, Glock pistols became the weapon of choice in two-thirds of all American police departments.

Glock’s are lightweight, easy to shoot, and more durable than many other pistols. Law enforcement agencies love them because they make their jobs easier, which is what a good service pistol should do. Glocks also have a very light and steady trigger pull, which improved accuracy among officers in many departments.

Glock pistols feature impressive modularity, with many models having the ability to interchange the size of the handgun grip.

Smith & Wesson are probably the most recognized American-based gun manufacturers, and their handguns have proved popular with police officers. Founded in 1852 by Horace Smith and Daniel B. Wesson, S&W has proudly produced some of the most quality firearms available on the market.

Since the American Civil War, Smith & Wesson has supplied the American military with sidearms in virtually every conflict. Their reputation for quality among military service members quickly caught on with law enforcement. Due to their increase in demand for service weapons, Smith & Wesson developed their Military and Police line of synthetic-framed striker-fired pistols in 2005.

The M&P model has gone through two major upgrades since, leading to the development of the M&P 9 and the M&P 9 2.0. In 2013, the LAPD switched over to the M&P 9, proving that Smith & Wesson has cemented a place among law enforcement.

The M&P line of firearms possesses some great features that allow these handguns to truly stand out. Chief amongst these is the Picatinny-style rail underneath the barrel that allows for all sorts of personal attachments to be installed, such as tactical lights and laser targeting.

Beretta knows how to make quality firearms, as they are the oldest active gun manufacturer in the world. Beretta is an Italian-based company, and they have been in business as far back as the 16th century.

In 1981, a slightly smaller and slimmer version of the gun, the 92SB, was designed specifically for law enforcement officers to improve their ease of carry.

The gun is manufactured from a lightweight aluminum alloy that makes the gun easy to handle and more accurate when shooting, but also durable and resilient. The 92C was released in 1990, offering officers further innovation and quality.

For those that prefer their semi-automatic pistols not to be striker-fired, this gun is the optimal choice. The gun is lauded for its virtually flawless cycling and reliability.

Another impressive quality of the Model 92 is that it can reliably feed every type of commercial ammunition. Officers also appreciate the reversible magazine which makes this gun accessible to people who are both left- and right-handed.

Originating from the first SIG company in Switzerland in the 1850s, SIG Sauer has designed some of the most popular guns available to law enforcement. The SIG Sauer brand officially came to America in 1985 and has gained incredible popularity throughout the country ever since.

The SIG Sauer P220 was one of SIG’s most popular handguns. Its upgraded model, the P226, cemented itself among law enforcement, especially in the Federal Bureau of Investigation.

The gun features a comfortable ammo capacity at 15 rounds, which is partly why it gained so many advocates. The real draw for law enforcement officers, however, is the gun’s extended barrel which offers greater accuracy.

The gun also features a Picatinny-style rail that allows for multiple tactical attachments such as lights and laser targeting. These fantastic weapons and many others can all be found easily and efficiently when you shop for guns online. At IFA Tactical, we have made shopping for guns, ammo, and attachments simple and easy. Explore our website today.