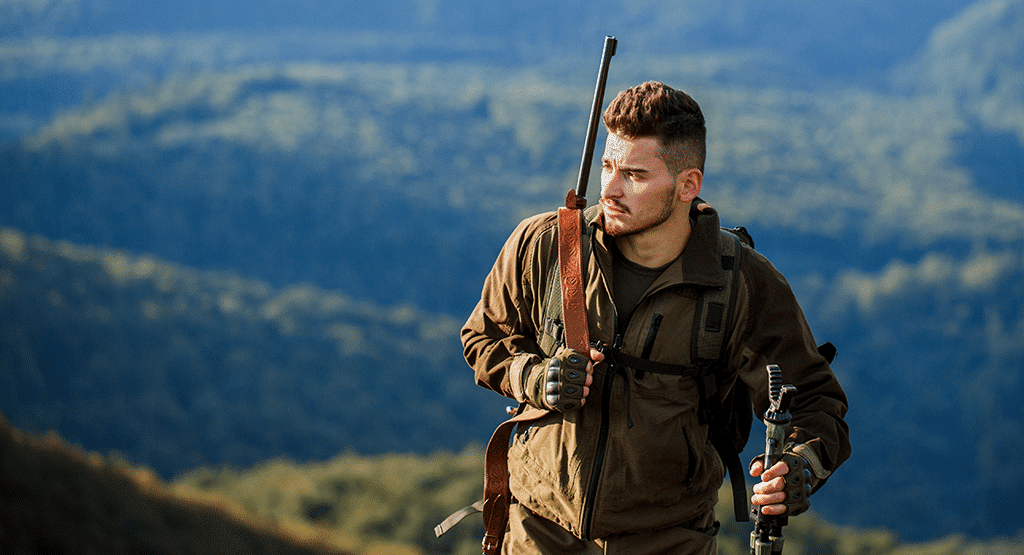 The venerable .22 Long Rifle cartridge has been around since the late 19th century. By far, the world’s most common type of ammunition, .22 LR ammunition, is ubiquitous and available virtually worldwide. All kinds of Cerakote firearms have been chambered in this small cartridge, and ammunition ranges from subsonic to hyper-velocity cartridges and even shotshells and tracers.

Despite its size, .22 LR is a viable cartridge for hunting and survival situations. With the right guns and ammunition, your .22 caliber rifle is suitable for varmint and small game hunting, such as squirrels, rabbits, raccoons, or coyotes.

This guide will explore which are the best .22LR rifles for hunting small game & survival available today.

An ideal survival rifle should be accurate, reliable, easy to transport, lightweight, and most importantly, affordable.

Ease of transport (or “packability”) is the ease with which a rifle can be stored in a backpack. Such guns are generally short and handy rifles, ideally capable of being folded down or broken down into multiple pieces (“takedown” rifles) to take up less space.

A survival rifle must fire when you want it to, no matter the conditions or the weather, and it must do so with enough accuracy to bring down small game. It should be lightweight – no more than 6 lbs. – and it shouldn’t break the bank.

The Chiappa Little Badger is a purpose-built firearm intended to serve as the lightest and most customizable survival rifle possible.

At the core, the Little Badger is a single-shot .22 LR rifles with many features that make it an ideal backpack rifle: it is foldable, very lightweight, and comes with several Picatinny rails: Four on the handguard, one on the receiver behind the trigger guard; best used to attach a pistol grip. It also comes with M1 style iron sights, reminiscent of the M1 Garand, and a cartridge holding strap that can hold up to six spare rounds.

Being a single-shot .22 Long Rifle, the Little Badger will also accept .22 Long and .22 Short ammunition, adding to its versatility and desirability.

The Henry AR-7 is Henry Repeating Arms’ modern revival of the original Armalite AR-7, a semi-automatic survival rifle once adopted by the US Air Force as an emergency weapon for pilots and aircrew.

Although the Henry AR-7 retains the original rifle’s overall dimensions and even accepts the same magazines, this new iteration of the USAF survival rifle comes with modern amenities, such as a synthetic stock, a Picatinny rail, hunting camouflage finishes, and a high-visibility front sight.

The 10/22 should be well-known to any gun owner in the United States; it is, after all, the most common type of .22 rifle in American gun safes, and it has been for over 50 years.

The Ruger 10/22 Takedown is a variant of the popular semi-auto 22 rifles featuring a synthetic stock and a takedown lever. With the bolt locked to the rear, all that is needed to take the gun down is to pull the takedown lever on the underside of the handguard, twist the barrel 45 degrees, and pull it off. Reassembly is quick and easy – simply reverse the process.

Other than the takedown feature, it’s the same 10/22 we all know and love; it will accept the same magazines as the original variant, and it is just as accurate and easy to shoot.

Although the lever-action rifle is a quintessential part of American history, they are rarely the subject of innovation; attempts at modernizing the classic action have not always been well-received. Sometimes, however, there comes along an exception.

Chiappa’s LA322 Takedown is a rifle with a traditional look and feel, made of blued steel and hardwood. But it also is, as the name suggests, a modern rifle with a takedown feature. By opening the action and loosening the large takedown screw above the trigger, the rifle splits at the receiver, letting the shooter carry the two pieces comfortably in any backpack.

When assembled, you get just what you’d expect of a quality lever-action rifle: A crisp 2.3 lb. trigger, an adjustable Buckhorn rear sight paired with a fixed, hooded front sight, and a Henry-style tube magazine that can accept up to 15 rounds of .22 LR. Of course, being a tube-fed lever-action rifle, you can also load .22 Longs and .22 Shorts. The magazine will hold the same number of each.

IFA Tactical carries a large selection of pistols, rifles, and shotguns suitable for hunting, plinking, survival, home defense, concealed carrying, and more. We also offer a wide array of services, from gunsmithing to Cerakoting, and more.

Feel free to browse our online inventory and buy from the convenience of your home, and do not hesitate to call us at (586) 275-2176 if you have any questions.