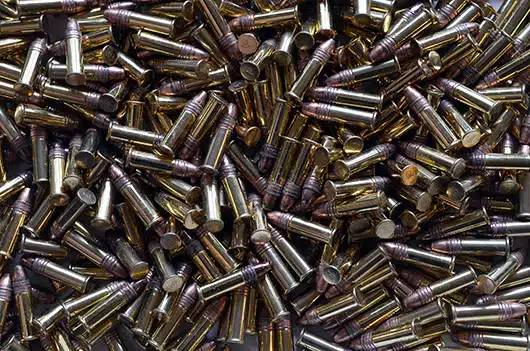 As any gun enthusiast can tell you, not every gun is created equal, and the same is true for ammunition. Ammo prices may vary significantly from one caliber to the next, and thrifty gun owners interested in getting the best value for their money often look for guns chambered in less expensive, more common calibers.

Even within the same chambering, the wide variety of brands available creates a large spectrum of prices, from value-packed target ammo to expensive high-performance ammunition.

What to Look For When Searching for Cheap Ammo

If you’re shopping for factory ammunition, there are a few tips on how to get the best value possible.

The first and most important thing to look for is to look at the cost per round (CPR). A box of ammunition that seems inexpensive may be tempting, but pay close attention to the cost per round relative to the number of rounds you get per box.

Recognizing whether ammunition is brass-cased or steel-cased can also affect pricing.

Military surplus steel-case ammunition from Eastern European countries often feature non-reloadable steel cases and corrosive ammunition, making them significantly less expensive. However, you may have to clean your firearms more often if you shoot this type of ammo regularly.

Another recommendation is to buy in larger quantities. Typically, bulk ammo is shipped in packs of 500 rounds or 1,000 rounds. Although the price may seem daunting, bulk ammunition deals usually have a lower CPR than individual boxes, making them more attractive for saving money over time.

Although more expensive hollow points (HP) for home defense or concealed carrying is essential for defensive purposes, it is more cost-effective to stick with affordable full metal jacket (FMJ) ammo for practice or plinking.

The .22 Long Rifle is the gold standard of inexpensive shooting, with both firearms and ammunition being very affordable.

Whether you shoot with a classic semi-automatic rifle, a conversion kit for a centerfire firearm, or an extreme long-range (ELR) bolt-action platform, .22 LR is suitable for everyone.

When looking for .22 LR ammunition, look for bulk packages called value packs or range packs, which contain anywhere from 525 to 1,400 rounds.

The classic 9mm is the world’s most popular centerfire pistol cartridge. Most self-defense and concealed carrying firearms in the United States today are chambered in 9mm.

If you own an AR-15, chances are it’s chambered in 5.56mm. All 5.56mm firearms can safely fire .223 Remington as well, which is typically slightly less expensive.

In this chambering, the cheapest deals are almost always steel-case ammunition. Brass-cased ammunition is a little more expensive, but good deals can sometimes be found, particularly with military surplus ammunition.

The Kalashnikov platform has a dedicated following in the United States, and 7.62x39mm ammunition usually benefits from lower prices than .223 Remington. 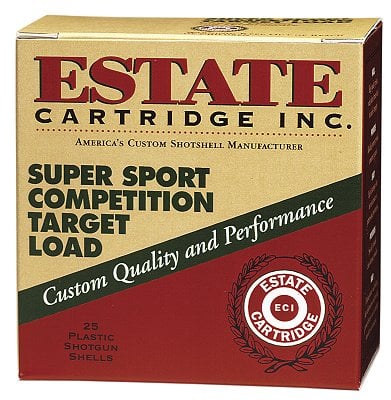 Comparatively, buckshot and slugs are almost always more expensive, and you can expect to pay at least 4 times as much, if not more.

For revolver shooters, particularly those who enjoy carrying Magnum revolvers, shooting shorter, less powerful ammunition (e.g., .38 Special in a .357 Magnum) is often much cheaper than the Magnum ammunition. It also recoils less and is more controllable.

No matter which caliber you prefer to shoot, there is always the possibility of finding a special deal online, especially if going out to your local gun shop isn’t a possibility for you. Keep an eye on the latest deals offered by your favorite retailers.

IFA Tactical strives to offer the best prices on ammunition for firearms of all kinds. We aim to be your one-stop-shop for all of your guns, ammunition, magazines, and shooting gear. Call us at (586) 275-2176 if you have any questions.