Home » Rifles » Is Handloading Rifle Ammunition Really Worth It?

Is Handloading Rifle Ammunition Really Worth It? 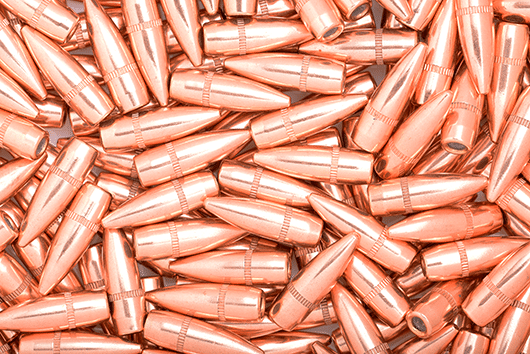 There are many good reasons to handload ammunition, particularly for rifle cartridges. You may have a friend, a hunting buddy, or an acquaintance who enjoys reloading; perhaps they’ve even tried to convince you to get into the hobby as well.

However, this hobby requires making certain investments. There is an initial cost to purchase reloading equipment, you need space to use it safely, and you must observe strict safety rules to avoid damaging your firearms or injuring yourself.

While these requirements seem daunting, many shooters became reloaders because the benefits far outweigh the potential drawbacks. The primary reason, and the one most often cited by handloaders, is the cost of factory ammunition. While it’s true that factory ammo has never been better than now – the quality has significantly improved – sometimes it’s challenging to justify the expenses, particularly for high-volume shooters.

It’s one thing to purchase cheap birdshot to practice shooting with your shotgun, but if you need to train with your .243 Winchester and you can’t find boxed ammunition for less than $2 per round, it can quickly add up.

On average, reloaded ammo costs roughly half as much as equivalent factory-loaded ammo; what you save in money, you must spend in the time required to assemble the individual reloading components.

Powder, primers, and bullets are consumables and expended when fired, but brass cases can be saved and loaded multiple times. So long as you take proper care of your brass and periodically check for damage, cracks, and signs of weakness, it is possible to reload the same case multiple times.

If you use a single-stage press, you can expect to produce about 50 rounds per hour, including necessary preparations such as case trimming and resizing.

For typical hunting rifle ammunition, spending an afternoon or two making ammunition can produce all the ammo you need to prepare for a hunting season for a fraction of what it would have cost.

High-volume shooters who need to produce higher ammunition quantities, such as for competition shooting practice, may be better served with a progressive press. It is impractical and time-consuming to produce large volumes with a single-stage.

Depending on the caliber and reloading setup, such presses allow for anywhere between 250 and 500 rounds per hour, allowing you to shoot a lot more.

Buying comparable quantities of ammunition can cost anywhere between two and four times as much as the equivalent reloading supplies, and it’s possible to save even more if you can reuse casings. The money savings become more significant in the long run, and your reloading equipment will eventually pay for itself.

While factory-loaded ammunition is generally reliable and accurate for most purposes, mainly if you stick to reputable manufacturers using brass cases and non-corrosive powders, such ammo is not perfect.

Ultimately, all factory-loaded ammunition is handled almost exclusively by machines, prioritizing the production of large volumes. Accuracy is adequate but not ideal, and there is always the possibility of finding a bad batch.

No matter which brand you choose, you have no way of changing the load of factory ammo; you can only switch to a different brand, with no guarantees that it will perform better.

To get the best accuracy – and by proxy, the best effectiveness at long ranges, handloading is the best option. A handloader has complete control over each component’s brands, types, and characteristics, allowing them to tweak a particular round until it produces the desired results.

By carefully selecting cases, powders, primers, and projectiles, it is possible to work your way into creating batches of highly-accurate ammunition. You may also have access to specific components – namely certain powders and bullets – that cannot be found in factory ammunition and may be of better quality.

Of course, it is only relevant if your rifle is accurate in the first place; if the best your firearm can do is 3 MOA on a good day, you probably should switch to a different barrel or another firearm.

If your rifle is capable of 1 MOA with a typical factory brand, it isn’t impossible to reach 1/2 MOA or better with a good handload. Exceptionally accurate handloads often produce their very best performance only when shot in specific barrels.

Adjusting the quantity of powder loaded in each cartridge alters the amount of pressure and energy generated inside the chamber when fired, which affects the bullet’s velocity.

There are drawbacks to producing hot loads; more energy means higher pressures. At the safest, it means more recoil and more muzzle rise. In the worst-case scenarios, an increased risk of catastrophic malfunctions: damaging or destroying your firearm, which may result in injury or death. Always follow your reloading manual’s recommendations and never go over the recommended maximums!

Cold or soft loads are the inverse concept: loading less powder than average to produce lower velocities. The practice is less common but offers plenty of often-overlooked advantages.

Less powerful loads allow younger or new shooters to practice shooting hunting rifles without generating too much unpleasant recoil. With certain calibers, pairing a soft load with a lightweight bullet can also allow you to use a larger rifle to safely and humanely hunt smaller game.

For example, you can find .308 Winchester load data capable of driving light 110-grain bullets at around 2600 ft/s when fired out of a 24” barrel, generating approximately 1650 foot-pounds force of muzzle energy.

In comparison, a typical 150-grain deer rifle load will exit the same barrel at around 2,800 ft/s, generating approximately 2,600 foot-pounds force of muzzle energy. Such loads are much more powerful and generate nearly twice as much recoil energy.

A subset of shooters favors using firearms for which ammunition is rare, obsolete, or obsolescent, such as .30-40 Krag, .38-40 Winchester, or 7.5mm French.

Perhaps your caliber of choice went out of production decades ago, maybe it’s only popular in certain parts of the world, or it just didn’t catch the interest of the market, leading to abandonment.

Handloading is a good way for you to get ammunition for your old or obsolescent rifles. If you can’t find complete ammunition for sale, it is often possible to find unfired brass, which can then be fitted with a suitable primer, filled with a modern powder, and capped with a bullet.

For example, if you have an all-original Type 99 rifle chambered in 7.7mm Japanese, you may have difficulty finding factory ammunition for it. Very few manufacturers produce ammo in this caliber, and when they do, it is usually only in limited and relatively expensive lots.

If you handload for 7.7mm Japanese, reloading dies and unfired brass are readily available, and you can use the same .311-caliber projectiles as those used by the .303 British, giving you access to an extensive range of bullets for target shooting and hunting.

One last reason to get into handloading rifle ammunition is that it is a fun and relaxing activity that helps you put more time behind the trigger.

Even if your reasons for getting into handloading are practical or purely economical, you are likely to find it a fun and addictive activity in its own right, as many other shooters and reloaders have.

IFA Tactical caters to the needs of all shooters and reloaders, whether new or seasoned. We offer a large selection of firearms, ammunition, accessories, gear, reloading equipment, and more. We also provide a range of services for your firearms, such as gunsmithing, Cerakoting, and firearm transfers.