Home » Handguns » Other » Is it Worth Carrying a Concealed Carry Handgun?

Is it Worth Carrying a Concealed Carry Handgun? 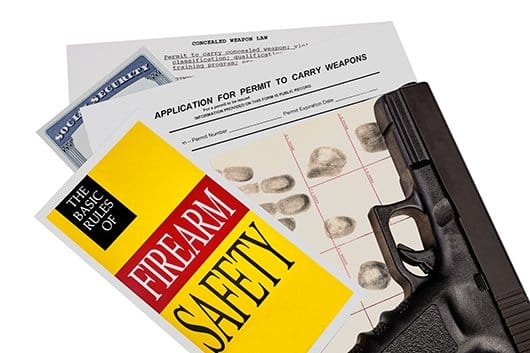 As of 2021, almost 20 million Americans, citing the need for personal protection, are licensed to carry concealed handguns. In 20 states, carrying a concealed handgun is legal without a permit, and 25 states allow unrestricted open carry.

Carrying a firearm for self-defense is an awesome responsibility and requires an understanding of the law, emotional self-control, proficiency with your weapon of choice, and vigilance. The question remains: “Is it worth carrying a concealed handgun?” This is a deeply personal decision that only you can make for yourself.

In the 1990s, a wave of right-to-carry legislation swept the nation, spurred by a 1987 Florida law. Before the passage of that law, the typical state had a may issue policy regarding concealed carry permits.

If you wanted to carry a concealed gun in public, you’d often need to explain to a police officer why you thought you needed to. Most restrictive gun control legislation on the topic has been justified based on protecting public safety against gun violence.

Should You Carry a Gun?

As with self-defense and violence in general, you should always remain vigilant and practice avoidance where possible. Your firearm is the last resort when neither de-escalation nor escape are possible.

For decades there has been a debate regarding the incidence of defensive gun use (DGU) — i.e., how frequently American gun owners use firearms in self-defense against violent criminals. Gun-rights advocates usually cite studies by Gary Kleck et al., concluding that Americans successfully defend themselves with firearms approx. 2.5 million times per year (or about 6,850 times per day).

On the other hand, gun-control advocates typically cite the National Crime Victimization Survey (NCVS), conducted by the U.S. Census Bureau (approx. 100,000). According to the RAND Corporation, both studies are flawed, either overestimating or underestimating DGU frequency.

As a prospective concealed-carry permit holder, you will need to select an appropriate firearm. If you’re new to firearms, the most common concealed-carry firearms are compact and subcompact handguns in .380 ACP, .38 Special, 9mm Luger, .40 S&W, and .45 ACP. The weapon must be relatively lightweight and concealable to qualify for this purpose, but there are other criteria to consider:

A CCW (concealed carry weapon) must be reliable to be suitable for concealed carry or home defense. You can expect new firearms, especially semi-automatic pistols, to have a break-in period. In the course of the first 100–200 rounds, it’s normal for the weapon to experience minor stoppages.

Test your handgun with both full metal jacket target ammunition and the JHP ammunition you intend to carry in it.

Comfort and ergonomic design incentivize you to practice with your weapon and increase your ability to become proficient in its use. The grip should fit your hand and be comfortable to hold.

The trigger should not be difficult to press. You should manipulate the external controls (e.g., slide stop, magazine catch, and manual safety/decocking lever).

The weapon you choose for self-defense should be sufficiently accurate for you to achieve consistent hits on a man-size target from point-blank range to 25 meters. The pistol should also have high-visibility sights that you can acquire and align rapidly.

There’s no reason for your self-defense firearm to be prohibitively expensive, but you should aim for quality. Glock, SIG Sauer, and Smith & Wesson manufacture striker-fired semi-automatic pistols that are popular among law enforcement officers and private citizens for concealed and open carry. To be a responsible gun owner, you need to understand how to safely and effectively operate your firearm. If you are unfamiliar with firearms or gun safety, it’s your responsibility to seek the necessary information, regardless of whether it’s a legal requirement in your state.

When you buy a firearm, always read the owner’s manual. If the gun does not include a manual, you can usually find digital copies online. Check the manufacturer’s website or contact the company directly.

While some states require you to complete a firearms safety course before receiving a concealed carry permit, this isn’t a universal requirement. Furthermore, the training courses that are legally required in many jurisdictions are inadequate for self-defense training.

You will typically learn the basic rules of gun safety, how to load and unload your firearm, how to store it safely, and how to disassemble and reassemble it for cleaning and maintenance. If there is a live-fire session, the number of rounds you’ll be required to fire is usually a few dozen. For example, in Michigan, the requirement is 30 rounds — two 15-round magazines in a Glock 19.

As a result, it’s critical you continue your training after the mandatory course ends, either on your own or by participating in practical school classes.

To qualify, you’ll typically need to meet the same requirements for purchasing a firearm (i.e., not be a prohibited person), complete a background check, be at least 21 years of age, and complete a firearms or pistol training course.

In a may issue state, the issuing authority may issue permits at its discretion. You will normally have to explain to the authority why you want to carry a concealed handgun.

In some jurisdictions, you’ll need to provide what’s considered a good cause — i.e., a justification — to satisfy this requirement.

In some jurisdictions, such as Los Angeles, San Francisco, New York City, New Jersey, and Hawaii, the de facto policy is no issue. If you want to legally carry a concealed handgun in these cities or states, you need to be a member of a select group, such as a licensed security guard, retired or off-duty law-enforcement officer, district attorney, etc.

Also called permitless carry or Vermont carry, constitutional carry allows you to carry a handgun openly or concealed without a permit or license, assuming you meet the same general criteria for qualified permit applicants.

Regardless of whether the state you’re traveling to honors your permit, states you pass through may not.

Deadly or lethal force is sometimes necessary to stop a determined aggressor from causing serious bodily injury or death. Your priority in using a firearm in self-defense is not to kill but to incapacitate, deter, or repel. Understanding when you can and cannot use your weapon is critical when carrying a firearm.

You must be in reasonable fear of imminent peril of death or great bodily injury to yourself or another to use a firearm in self-defense. The four-part test comprises ability, opportunity, jeopardy (or intent), and preclusion.

Your attacker must demonstrate the ability to inflict serious bodily injury or death upon you or a third party (e.g., assault with a deadly weapon or aggravated assault). An example of ability would be a deadly weapon, such as a firearm, or an edged or impact weapon (e.g., knife or club). The disparity of force, such as a position of advantage or a significant difference in physical size, can also qualify.

Your attacker must have the opportunity to inflict serious bodily injury or death upon you. Opportunity generally determines the scope of ability. The weapon also determines opportunity. For example, a firearm increases the distance an attacker can inflict harm relative to a knife.

You must have a reasonable belief that your life is in imminent jeopardy. While more subjective than ability or opportunity, you can usually infer jeopardy from the outwardly displayed intent of your attacker.

Verbal and physical threats can denote varying degrees of jeopardy.

Your firearm is a last resort. You must draw and fire your weapon only when you are precluded from using other methods of resistance or escape.

At IFA Tactical, we understand new gun owners’ or permit holders’ concerns regarding carrying concealed firearms. In addition to helping you find the best weapon for your needs and budget, we can also provide guidance on training.