Tips for Choosing the Right 9mm Handgun for Concealed Carry 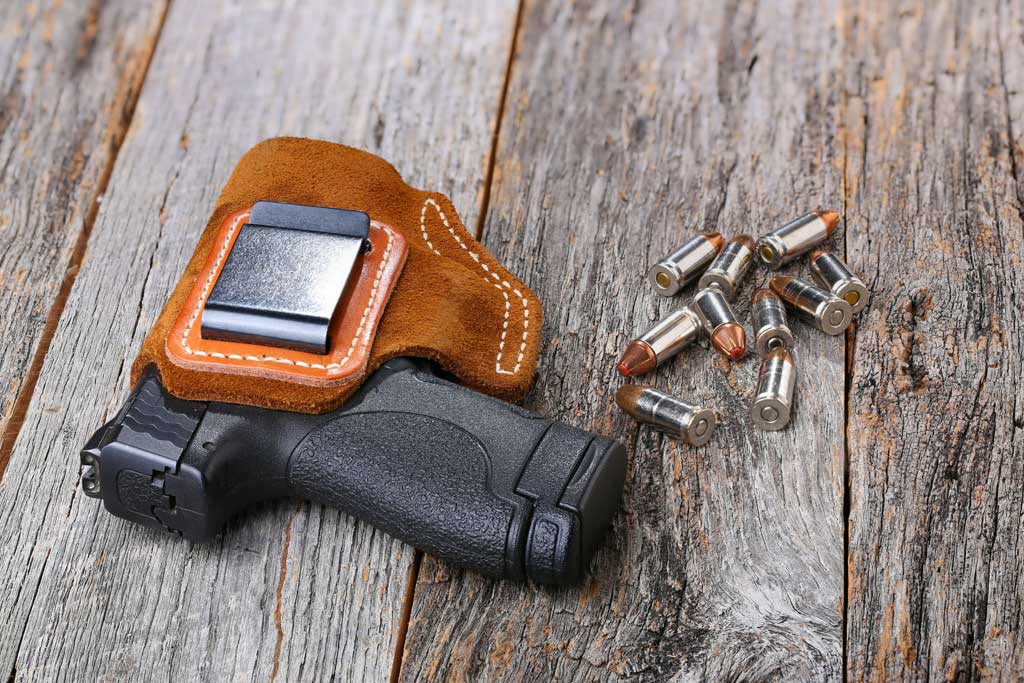 The decision to carry a firearm for personal protection is an incredible responsibility and not one that should be taken lightly. In addition to education regarding deadly-force statutes and the laws governing when you can and can’t carry a gun, your priority should be finding a concealed-carry pistol that suits you.

To do this, consider the basic requirements that a defensive weapon, and a gun for concealed carry, must meet to fulfill that role. Once these criteria are met, other characteristics, such as fit and finish, can be contemplated. If possible, find a firing range that rents handguns and experiment with several different models.

If you depend on equipment to save your life, it has to work every time. However, new handguns often have what’s called a break-in period.

If your new pistol experiences a few stoppages in the first 100–200 rounds of ammunition fired, that’s acceptable. Any parts that were too tightly fitted at the factory, or springs that were too stout, will adjust themselves under stress.

When testing a new defensive gun, try it with the defensive/anti-personnel ammunition you intend to use. Full metal jacket (FMJ) designed for target shooting will not necessarily demonstrate how well your pistol performs with JHP (jacketed hollow-point) bullets designed to expand.

Effectiveness is less a function of caliber as it is the load. Whether you choose a handgun in 9mm, .40 S&W, or .45 Auto, high-quality defensive ammunition should perform satisfactorily.

Regardless of how you interpret stopping power, it should refer, at a minimum, to the ability of the ammunition, when correctly delivered to the target, to reliably cause them to stop what they’re doing.

Correctly delivered is a reference to shot placement, the importance of which cannot be overstated. Shot placement, however, is not the only factor worth considering. For a bullet to incapacitate an assailant, it must achieve sufficient penetration to reach major organs and blood vessels.

If the bullet can’t reach the vitals, the only reason your aggressor will stop is if pain and fear overwhelm him. That often does the trick, but you can’t rely on either because these are psychological factors outside of your control.

Ammunition selection, however, is a factor within your control. Once sufficient penetration has been achieved, one of the best ways to improve terminal performance is to increase the permanent wound cavity diameter. This is the hole left behind by the passage of the bullet.

JHP bullets are designed to expand in soft tissue, increasing the frontal surface area and more efficiently transferring kinetic energy to the target. In addition to maximizing wound trauma, expanding ammunition has the advantage of limiting penetration to reduce the risk of injury to bystanders and ricochet.

Assuming your weapon is intended for sighted shooting and not reflexive or contact firing, you’ll need to practice with it to ensure you can reliably hit the bad guys at reasonable distances. You don’t need a target pistol with a competition trigger and adjustable sights. You simply need sufficient mechanical accuracy to keep most of your shots in an area the size of a man’s chest at 25 meters or less.

How important you perceive this to be will depend on you. If you consider 6 or 7 rounds (+1) of 9mm to be sufficient, the Glock 43 or Smith & Wesson M&P Shield may be the optimal choice. However, if no fewer than 10 or 15 will do, you’ll have to accept the fact that additional ammunition, even two or three rounds, corresponds to a decrease in concealability as either the height or width increases.

A single stack magazine, so-called because the rounds are arranged in a single column, is the slimmer option. Magazines in which the cartridges are staggered are referred to as a double stack.

Height is a major factor affecting concealability, as it causes the firearm to print more readily through clothing. Printing is when a handgun produces an identifying outline through a cover garment, such as a jacket or T-shirt.

However, concealed carry doesn’t mean that you have to select a subcompact 9mm handgun. The Glock 19, despite being a compact variant of the 17, is still a duty pistol. Whether you choose a 9mm handgun with more or fewer rounds depends on a number of factors. Don’t forget that you can carry spare magazines. One of the advantages of a semi-automatic pistol over a revolver is that it’s flat. A Glock 43 with a 6-round single-stack magazine has a narrower frame than a 5-round Smith & Wesson Chiefs Special or equivalent.

For a handgun to be concealable, it must be relatively compact; however, as size and weight diminish, so, too, does recoil control. The lighter the firearm, the more it recoils.

A smaller gun, regardless of weight, offers less surface area for you to grip. Some compact semi-automatic pistols have grips that are too short for your little finger. One solution to this problem is to use a magazine with an extended base plate. This is why it’s important to balance power against weight and size.

Too powerful a cartridge or load, too compact a handgun, or a combination of the two, and you’ll be less inclined to practice with your new gun.

Live-fire practice is essential to the development of muscle memory and the confidence to use your weapon effectively. A concealed-carry handgun isn’t meant to be a target pistol, but it shouldn’t cause you undue discomfort.

The more recoil, the longer the sight recovery time — the time interval between firing a shot and reacquiring your sight picture — which may delay vital follow-up shots.

Larger calibers, such as .45 Auto, will recoil more in a small gun, so you’ll have to consider handling characteristics in addition to terminal performance.

Fit, Finish, and Other Characteristics

Once you’ve established your minimum requirements regarding a suitable defensive handgun, you can begin to compile a list of possibilities.

How important the sights are, depends on the type of handgun you choose and how you intend to use it. A derringer, mini-revolver, and some other pocket pistols are designed for point-blank range shots where you’re liable to scorch the clothing of your assailant. Under those circumstances, the sights are unlikely to be used. However, if you’re opting for a more traditional compact or subcompact handgun, the iron sights are important.

When not firing reflexively or from retention, the pistol should be raised to eye level and the front and rear sights aligned, your focus being directed toward the front sight blade. You should be able to acquire a sight picture quickly.

You should also consider buying a set of night sights if the pistol doesn’t come with them installed from the factory. These are metallic or plastic sights that are illuminated using either tritium or photoluminescent paint. The purpose is to ensure the sights remain visible under low-light conditions, which is especially useful for a defensive weapon likely to be used after dark.

Some concealed-carry handguns, including semi-automatic 9mm handgun, have triggers that are not conducive to precise shooting. Elements of a good trigger are a relatively light and crisp break with a short reset and limited overtravel.

Safety Devices and Other Controls

Do you know whether you prefer passive safety devices, such as exemplified in the Glock series, or manual safeties, such as the M1911’s lever that you engage with your thumb? Many striker-fired handguns are strictly passive — all you need to do to fire the gun is to squeeze the trigger deliberately.

How do you feel about the placement and accessibility of the slide stop lever and magazine release? You shouldn’t struggle to manipulate these controls when needed.

Hammer-fired pistols, such as the SIG Sauer P228, are intended to be carried with a round in the chamber and the hammer down. This is known as Condition 2. As a double- and single-action firearm, squeezing the trigger for the first shot will both cock and release the hammer. As a result, the first trigger squeeze will be longer and heavier. When the weapon is returned to its holster, the hammer is decocked with a dedicated lever.

To improve traction when holding or charging a defensive 9mm handgun, many companies opt for checkering the front strap, backstrap, and side panels of the grip; and serrating the slide, either rear only or both front and rear. Some companies, such as HK, also add charging support fins to the slide.

Others include an angled rear sight that can enable one-handed emergency charging by pressing the sight against the mouth of a holster or edge of a gun belt. This allows you to clear a stoppage, such as a failure to eject, when your support hand is unavailable.

At IFA Tactical, we’re passionate about firearms and exercising our Second Amendment rights to keep and bear arms. That includes the right to carry a 9mm handgun, openly or concealed, for self-defense. If you’d like to discuss concealed carry handgun options with us, give us a call at (586) 275-2176. We’ll help guide you through the process of finding a pistol that works for you.