Home » Ammo » Rimfire » Is There a Shortage of .22lrRrimfire Ammo?

Is There a Shortage of .22lrRrimfire Ammo? 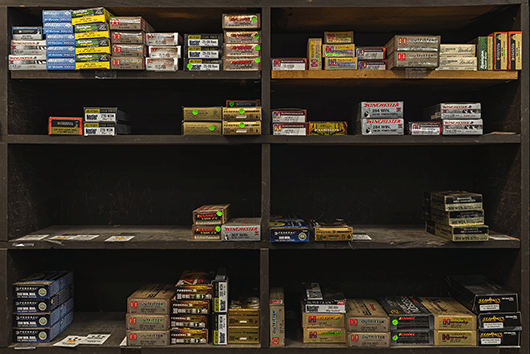 If you’ve been a gun owner for a while, you may remember the 2013-2016 .22 Long Rifle ammunition shortage. Although the situation varied greatly depending on the location, with sporadic respites, .22 Long Rifle rimfire ammunition was in short supply nearly everywhere.

Starting in 2020, American gun owners are once again experiencing an ammo shortage. Understanding how the current situation formed can help you determine whether the shortage will end soon.

A Perfect Storm of Events

The current situation has resulted in shortages of not just .22 Long Rifle ammunition but also virtually every other caliber. Simply put, ammunition of all types is in short supply.

The ongoing ammo shortage is not the result of any single issue. It stems from several social, economic, and political events in the United States and worldwide. The COVID-19 pandemic, the George Floyd protests, and the 2020 US presidential elections have contributed to the shortage.

Following the WHO’s declaration, the Trump administration announced a state of national emergency, with the first lockdown measures issued on March 19 in California. In response, gun owners across America started panic-buying firearms.

However, even as COVID-19 lockdowns were in place, the federal government declared all firearm retailers essential businesses, allowing gun shops and big-box stores to remain open for business, further driving up sales.

In the United States, gun shops must conduct a NICS check on every buyer before completing a sale. Although this does not cover the total number of firearms purchased, since NICS checks do not apply to private sales or transfers, the FBI uses the number of NICS checks to estimate gun sales numbers.

In April of 2020, the FBI recorded over 2.3 million NICS checks during March, estimating that at least 3 million firearms were sold during this period.

Exact numbers regarding ammunition purchases are unknown, but it is reasonable to assume that gun owners bought a substantial quantity of ammunition alongside their new firearms, potentially totaling billions of rounds.

Following the murder of George Floyd in May 2020 and the subsequent protests against police brutality, the second wave of nationwide firearm purchases began, resulting in a tremendous number of both new gun sales and new gun owners.

By August 2020, the National Shooting Sports Foundation compiled NICS information and determined that as many as 5 million people became first-time gun owners. By January 2021, that number had risen to 8.4 million.

Although electoral seasons traditionally cause a surge in gun sales, as gun owners buy guns and ammo in preparation for unfavorable election results, the amplitude of this phenomenon in 2020 reached new heights, creating a third wave of mass purchases.

Already exhausted by the lockdown panic-buying and the aftermath of the George Floyd protests, most gun retailers nationwide had only a fraction of their usual inventory for the elections.

Online sales fared no better, with most products remaining out of stock for several weeks, sometimes months on end. When Will the Shortage End?

Ammunition manufacturers in the United States are currently operating at full capacity to address the demand. However, the demand remains far greater than the supply.

In the wake of the first and second waves, a significant number of shooters turned to handloading, manufacturing ammunition of their own rather than buy it from stores.

This increase in reloaders created a primer shortage, causing most avenues of acquiring ammunition to become disrupted.

Industry experts expect the ongoing ammo shortage to continue well into 2021. You will have to arm yourself with patience if your favorite calibers aren’t in stock. However, the situation is not all negative, and you can do things in the meantime.

If you can afford it, consider purchasing guns in less commonly-purchased calibers, depending on local availability. Not every caliber has been hit the same way by the shortage, with some being far more available than others.

IFA Tactical offers a large selection of pistol, rifle, and shotgun ammunition in many calibers. We strive to keep our shelves stocked as much as possible so you can keep your firearms fed. Call us at (586) 275-2176 if you have any questions or requests.