Home » Handguns » Three of the Most Reliable Handguns Ever Made

Three of the Most Reliable Handguns Ever Made 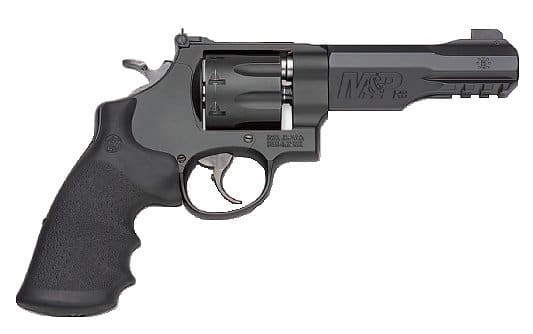 The last couple of hundred years has seen many excellent handguns being created and marketed. Some of the best handguns have only been in production for a few years, while others are over a century old. They make great weapons for defense.

Law enforcement officers depend their lives on them, and they can be found in many homeowners’ gun safes. Throughout the years, some models have earned a good reputation and notoriety. They’ve been used by military and law enforcement agencies, receiving the seal of approval in the toughest situations.

Here are three of the best:

Smith and Wesson are one of the oldest American firearms manufacturers, carrying with it a long tradition of quality gun making. Originally, Smith and Wesson were best known for their revolvers, but they have successfully come out with a Glock style polymer handgun. The resulting gun became very successful.

The M&P, which stands for Military and Police, was introduced in 2005. It’s made of a steel-reinforced polymer frame and features a stainless steel slide. The M&P can be disassembled without pulling the trigger, and the slide stop and magazine release are ambidextrous. This was one of the first guns to have three interchangeable palm swells, which allows for a better fit to the owner’s hand. The gun has received many great reviews for its durability and ease of use.

The Swiss-German partnership Sig Sauer developed this pistol for the U.S. Armed Forced, although the model ended up being used by the U.S. Navy SEALs instead. The pistol is a double-action design, meaning one single pull of the trigger is enough to cock the pistol and fire the pistol, though it can also be operated in single action mode if so desired. The Sig P226 served with the Navy SEALs for 28 years, after which it was replaced by the Glock 19. The P226 model remains one of the best pistols ever made and a favorite of many gun connoisseurs.

The Glock 19 was designed around the ideas of reliability, simplicity, and ease of use. It is essentially a reduced-size version of Glock 17. While the Glock 17 is an excellent gun as well, Glock 19 has a shorter barrel and pistol grip, making it better for concealed- carry.

The gun is easy to take apart for cleaning and access to the barrel. It was designed to have a natural ability to perform as an extension of the shooter’s hand, coordinating perfectly with the eyes.

Starting with the Glock 17, the company has expanded the line from being capable of carrying 17 rounds of 9 mm ammo to using semi-automatic calibers and managed to replace the 1911A1 pistol in the Marine Special Operations Command and the U.S Army’s Delta Force.

Glock is often praised as the best maker of handguns in the world. Used by so many militaries, law enforcement, and security agencies, Glock has earned its fame.