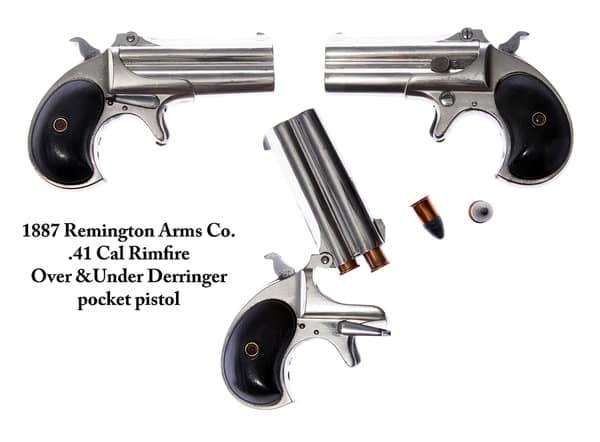 Uberti is an Italian based firearm manufacturer that focuses on recreating legendary firearms from the 19th century. They produce American percussion revolvers, cartridge revolvers, single-shot rifles, and lever-action rifles.

These replicas are made to the exact specifications of their original predecessors. Ubertis are used in historical re-enactments, action shooting, and much more. Here are six of the most popular Uberti replicas. You can view the entire line of Uberti firearms for sale online.

This revolver is based on the “Frontier Scout” which was introduced by Colt in 1873. This is a single-action firearm. Consumers can choose from different calibers such as a .17, .22, and several more.

The barrel is made of forged steel. The frame is also made of forged steel with a color case. The cylinder is fluted, and the trigger guard can either be made of steel or brass depending on personal preferences. Users can either choose from a fixed or adjustable. It comes standard with a six-shot, but a 10-shot in .22 long is also available.

This is a Uberti replica of Remington’s 1875 American Revolver. This gun is offered in the common barrel lengths, as well as the rare barrel length of 5 ½ inches. Uberti uses their new steel trigger guard and blade front for this piece.

The barrel is made of forged steel with a frame made from casted steel and a color case. The 6-shot cylinder is fluted. The two-piece grip is made from walnut.

This Uberti replica is modeled after a civilian revolver produced by Colt. The original revolver was a .31 caliber designed to fit in a coat pocket for easy concealment.

If you want to own a part of history, this is the perfect piece. This is a replica of one of the first muzzle loading revolving carbines. This model was known for its reliability and ease of use. It comes in .44 caliber with an 18” barrel made out of forged steel with an octagonal taper.

The first single shot firearm was produced in 1885. Many still consider this the best single-shot gun ever made. It was made from a Browning patent and was very popular in target shooting competitions.

This unique replica is made of a variety of calibers. Gun enthusiasts can choose from three different barrel lengths: 28”, 30” or 32”. Both the barrel and the frame are made from forged steel. The carbine features a round tapered barrel, while the rile has an octagonal tapered barrel. An interesting fact about the Henry rifle is only 1,700 were issued to the Union troops. However, the gun was so well made and so reliable that it quickly became the gun of choice for many Union soldiers.

Uberti manufactures a .44/40 and .45 version. Both the barrel and the frame are made of forged steel though you can find forged brass. The barrel is an octagonal taper.

Uberti believes history should be remembered and preserved. They are proud to offer Uberti firearms for sale, which helps educate consumers on the historical significance of the products they produce. Uberti replicas are perfect as collector items or for target practice or hunting. Enjoy taking a trip back in time when you purchase one of these firearms.