Home » Shotguns » Types of Shotguns – An Easy to Follow Guide 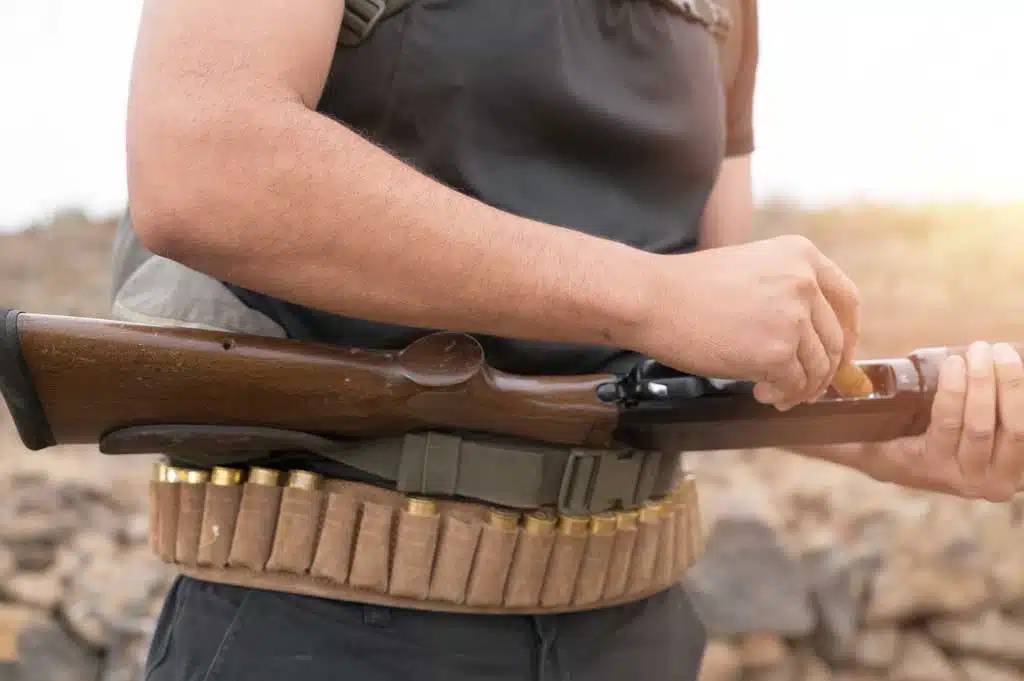 The shotgun is one of the three great families of firearms, alongside the rifle and the handgun. According to an ATF report, approximately one million shotguns in various gauges, barrel lengths, and action designs are manufactured in the United States each year.

Today, many types of shotguns are available, most of which fall in one of the following categories of shotgun actions: Breech-loaded, pump-action, lever-action, and semi-automatic.

One of the oldest and simplest shotgun types is the general category of breech-loaded shotguns (also called break-action shotguns). This category is where single-barrel and double-barrel shotguns are found.

All modern breech-loaded shotguns function on the simple yet robust break-action principle; they possess a lever that allows the shooter to open the action and insert a shell and reload and remove spent shells after firing. Because there is no magazine, there are only as many shots as there are barrels.

Single-barrel shotguns (or single-shot shotguns) are generally very inexpensive and simple to operate and maintain. However, they are falling out of favor, having been superseded by the double-barrel shotgun.

Double-barrel shotguns are perhaps the most ubiquitous type of breech-loaded shotgun and the most common worldwide. They function just like single-shot shotguns but have two barrels instead of one.

There are two typical configurations for double-barrel shotguns: Side-by-Side (abbreviated SxS), where the two barrels rest horizontally, and Over/Under (O/U), where they are arranged vertically instead.

Double barrels are ubiquitous and readily available at nearly any firearms retailer. The range of prices and build quality runs the full spectrum from cheap and inexpensive to six-figure luxury items.

Shotguns with more than two smoothbore barrels exist but are relatively rare. Extra barrels add a lot of weight with rapidly diminishing returns, often making it impractical to have more than two.

Triple-barrel shotguns such as the Chiappa Triple Crown and Triple Threat series were introduced in 2011 and are still commercially available today.

Quadruple-barrel shotguns did exist in the past, such as the Lancaster Four-Barrel, but are no longer in production. 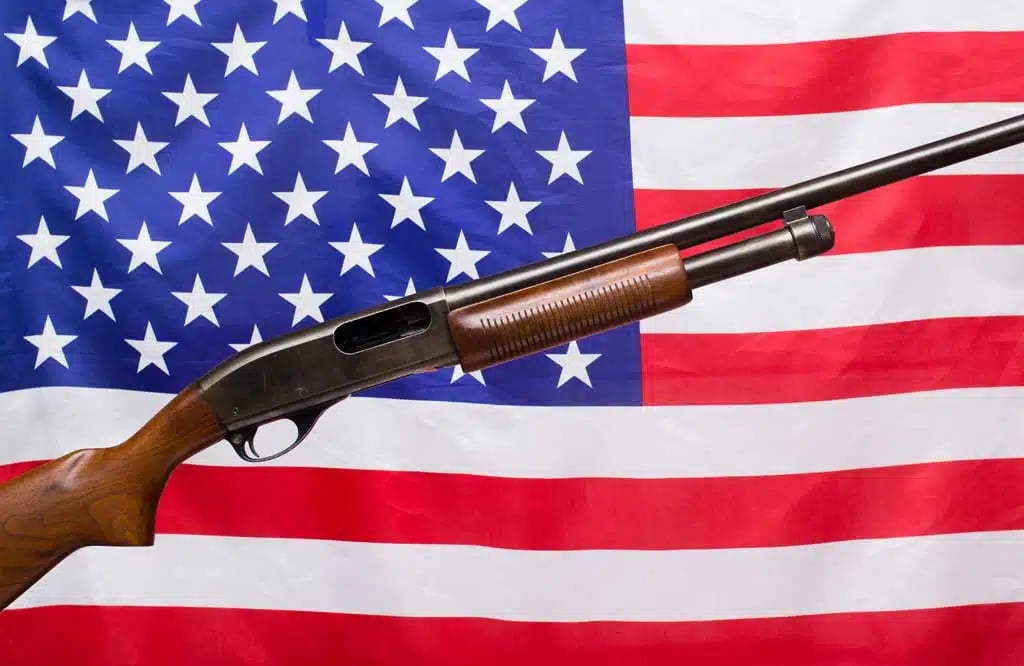 The pump-action (or slide-action) is perhaps the most common type of shotgun in the United States and is also very popular worldwide.

Pump-action shotguns typically possess a magazine tube under the barrel, which holds extra cartridges, as well as a pump (or slide) actuated by the shooter’s non-firing hand.

The action ejects the currently chambered cartridge by pulling on the slide while simultaneously pushing a fresh shell out of the tube and into the chamber.

The first commercially successful pump shotgun was the Winchester Model 1893, designed by the legendary John Moses Browning. It was later replaced by the improved Model 1897, which became one of the most successful shotguns in America, remaining in production until 1957, with over one million units produced.

Today, the most popular pump-action shotgun models in America are, without a doubt, the Remington 870 and the Mossberg 500. Both models saw military service, both are highly popular and well-regarded by civilians and law enforcement, and both are still in production.

Before pump-actions, there were lever-actions. Lever-action shotguns function in much the same way as lever-action rifles; a metallic lever situated around the grip and trigger is actuated to eject the shell out of the chamber and insert a fresh shell from the integral magazine.

Although far less common or popular than pump-actions, they have never really gone out of production, and it is still possible to find various lever-action models. Until the late 1980s, lever-action shotguns were viewed as just another element of the cowboy’s panoply of firearms.

Starting in 1991, with the release of Terminator 2: Judgment Day on the big screens, interest in lever-action shotguns (and in particular, the Winchester Model 1887 used by Arnold Schwarzenegger) suddenly increased, and various manufacturers, such as Cimarron and Chiappa, began manufacturing high-quality reproductions of the iconic shotgun.

Semi-automatic shotguns are conceptually no different from any other semi-automatic firearm; after pulling the trigger, the firearm harnesses part of the recoil energy to actuate the action, eject the chambered shell, and chamber a fresh round.

Semi-auto shotguns are most commonly available with a tubular magazine, in a similar manner to most pump-actions. However, many models employ a detachable magazine instead, making their operation closer to a rifle.

A well-known example of a magazine-fed semi-auto shotgun is the Russian Saiga, partially based on the AK platform and produced in three of the most common shotgun chamberings: 12 gauge, 20 gauge, and .410 bore.

The controls and manual of arms on Saiga shotguns is virtually identical to that of the AK; if you know how to load and shoot an AK, you will find the Saiga very familiar.

Although popular with civilians for hunting and competition shooting, semi-automatic shotguns don’t see as much law enforcement or military use.

One of the few models to have seen success with both is the Benelli M4, which won the Joint Service Combat Shotgun competition in 1999 and was adopted by the US Marine Corps as the M1014. Subsequently, the Benelli M4 was also adopted by several law enforcement agencies, such as the LAPD.

Although rare and relatively obscure, bolt-action shotguns do exist. Most models are intended for hunting, such as the Mossberg 183T or the Savage 220.

Perhaps one of the most unusual yet well-known bolt-action shotguns is the M26 MASS under barrel shotgun. Designed to be fitted on military M4 carbines, the M26 MASS is a straight-pull, bolt-action, magazine-fed shotgun designed for door breaching.

There are also revolving shotguns, such as the Russian MTs-255 or the Turkish RSC-410. These models employ a large revolver cylinder and a double-action/single-action firing mechanism, no different from a traditional revolver.

IFA Tactical carries a large selection of pistols, rifles, and shotguns suitable for hunting, plinking, survival, home defense, concealed carrying, and more. We also offer a wide array of services, from gunsmithing to Cerakoting, and more.

Feel free to browse our online inventory and buy from the comfort of your home. If you have any questions about our products, don’t hesitate to call us at (586) 275-2176.