Home » Ammo » Does It Really Matter What Kind of 9mm Ammunition You Use?

Does It Really Matter What Kind of 9mm Ammunition You Use? 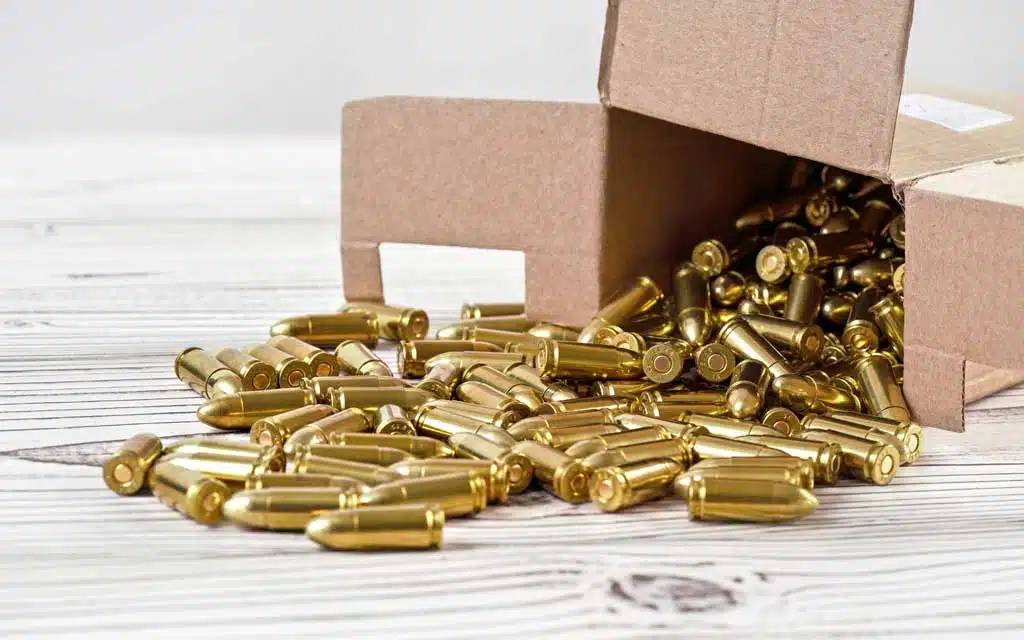 The 9x19mm Parabellum, also known as the 9x19mm Luger, or simply the 9mm, is the most common centerfire pistol caliber globally. It is used worldwide by the military, police, security forces, and civilians.

Since its original introduction at the turn of the 20th century, dozens of different types of 9x19mm ammunition were created.

Even in the U.S. civilian market, it’s possible to find many brands and projectile types. Why are there so many types, and does it matter what kind you use in your home defense or self-protection firearms?

First introduced in 1901 by Georg Luger, then working for the German weapons manufacturer DWM, the 9mm Luger cartridge was initially designed for the Luger pistol, which became the standard service pistol of the German Army at the time.

Since then, it became one of the most widely used pistol calibers in Europe for use in pistols and submachine guns. By 1939, 9mm was adopted by Belgium, France, Germany, the United Kingdom, most of the British Commonwealth, and various other countries.

9mm was later adopted by NATO as the standard pistol cartridge for all their pistols and submachine guns. The 9mm NATO cartridge designation refers to a specific combination of bullet weight and construction (124 grains FMJ) and powder charge (roughly equivalent to +P).

Remarkably, despite being a NATO member, the United States did not adopt 9mm until 1985, when the venerable .45 ACP M1911A1 pistol was replaced with the 9mm Beretta M9.

The cartridge remained in common use because it is lightweight, inexpensive, delivers mild recoil yet adequate stopping power. Most importantly, the handguns chambered for this cartridge have a relatively high capacity. It is not uncommon for full-size 9mm Parabellum pistols today to have a standard magazine capacity ranging between 15 and 19 rounds.

By far, the most common types of 9mm ammunition can be generally described as non-expanding. They are loaded with bullets designed not to deform on impact; when they do, it is an unintentional effect.

The most familiar type of non-expanding bullet is the Full Metal Jacket (FMJ), known in the military as “ball” ammunition. FMJ ammunition is made of two parts: a relatively soft lead core and an outer jacket made of a harder metal, such as copper, nickel, or mild steel.

FMJ bullets are constructed this way to protect the barrel from bare lead fouling, increasing reliability and allowing for higher muzzle velocities than with unjacketed ammunition.

There is also a legal reason behind their use in military contexts over expanding ammunition. Contrary to popular belief, it is not the Geneva Convention but rather the Hague Convention, which prohibited expanding bullets by militaries between signatories.

In civilian and law enforcement contexts, FMJ bullets are generally relegated to training and recreation. While inexpensive, the use of FMJ ammunition in self-defense and duty presents a significant risk of over-penetration.

Over-penetration is a phenomenon where the bullet passes entirely through the intended target, potentially retaining enough energy to wound or kill an unintended person behind the target.

In general, you should not use FMJ for your self-defense or concealed carry firearm, except when training, practicing, or plinking with it. The only exception is if your local laws or ordinances prohibit the use of expanding ammunition, or your firearm of choice does not reliably feed with them (but does with FMJ).

Some non-expanding projectile types were developed, such as the Polycase ARX or the Lehigh Xtreme Defense. These feature non-expanding bullets with shaped cuts along the sides, making them resemble Phillips head screwdrivers. Their performance in ballistic gelatin suggests they are more effective than FMJ while also reducing over-penetration. The most common types of 9mm self-defense ammunition employ some form of expanding projectile.

The FBI established a correlation between gel test performance and real-world performance. The agency determined that for a self-defense bullet to be effective, a bullet should penetrate between 12” and 18” inside the block.

Less than 12” suggests penetration is too shallow to reach vital organs, whereas more than 18” presents a significant over-penetration risk. Unsurprisingly, virtually every 9mm FMJ projectile fails this test; penetration depths over 30” are frequent occurrences with FMJ.

By far, the most common type of expanding projectile in 9mm (and all handgun cartridges in general) is the Jacketed Hollow Point (JHP). JHP ammunition usually has a flat-nosed profile with a recessed cavity inside the tip, designed to expand as it hits the target. In turn, the bullet expands in diameter, crushing more tissue while also slowing down more quickly, reducing if not eliminating the risk of over-penetration.

JHPs are commonly used by civilians and law enforcement in the United States. Some of the most popular 9mm defense loads include Speer Gold Dot, Federal HST, and Winchester PDX1 Defender.

Another common type of expanding projectile is the Jacketed Soft Point (JSP). A JSP bullet usually has the same profile as an FMJ bullet, but the projectile tip is unjacketed, revealing the bare lead. Although soft point bullets are standard in rifle cartridges, they are much rarer in handgun cartridges.

Soft points are typically seen in rifle cartridges intended for hunting. Their purpose is to penetrate deep enough into the animal’s body to reach the vital organs, particularly if the bullet has to pass through a thick hide or bones, to ensure a humane kill. This effect is achieved by combining the soft point construction with the high velocity achieved by rifles.

In handgun calibers such as 9mm, the velocities reached are much lower. The muzzle velocity of an average 9mm 115 grain bullet is about half that of a typical .308 150 grain. Although 9mm JSPs exist, they’re intended for use in carbines with a barrel length between 16 and 18 inches and are primarily useful for varmint hunting or pest control.

They do not expand as reliably as JHPs, particularly when fired from the short barrel of a typical self-defense pistol, and the penetration depth is much higher. Once again, the risk of over-penetration is too high.

Generally speaking, if you own a semi-auto 9mm handgun for self-defense, concealed carrying, or home protection, you should use hollow-points, preferably from a reputable manufacturer with proven street effectiveness.

There is a wide variety of non-standard 9mm projectiles that civilians in the United States can also find for sale. These include tracers, frangibles, and various flavors of exotic self-defense ammunition.

Tracers are projectiles designed for military use. They are fitted with a colored chemical compound that lights up brightly as they fly through the air, revealing the bullet’s trajectory. Tracers are intended for use in fully-automatic weapons to guide the shooter’s aim.

Tracer compound is a mild incendiary agent and can inadvertently start fires, particularly when striking dry brush or flammable surfaces. Tracers should never be used for self-defense or home protection.

Frangible ammunition uses bullets designed to disintegrate on impact. They are primarily designed for close quarters training; such projectiles effectively vaporize instead of ricocheting when hitting hard surfaces, making them safe for use against steel targets in defensive training classes.

While frangible bullets are indubitably lethal – they are quite useful for pest control and varmint hunting – the wounds they produce on larger creatures (or humans) are wide but shallow, making their effectiveness for self-defense questionable at best.

Be wary of ammunition marked for self-defense promising you devastating results, especially if the price tag is very high. On top of being expensive, they rely on unproven gimmicks and are not guaranteed to cycle reliably in your firearm.

Browse our online inventory and buy from the convenience of your home, and if you have any questions or requests for information, call us at (586) 275-2176.