History of the AR-15 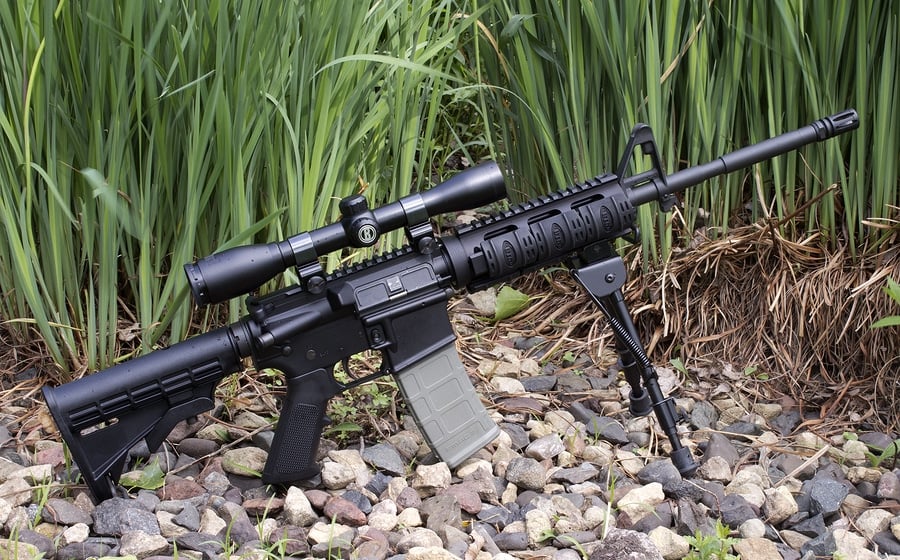 It’s safe to say that there are no guns more talked about but less understood by the general public than AR-15 rifles.

AR-15s are some of the most popular rifles available to the general public.

The origins of the AR-15 rifle

Let’s get the biggest misconception out of the way right up top: the “AR” in AR-15 does not stand for “assault rifle.” This is one of those misconceptions that is often perpetrated by misinformed media, sometimes deliberately.

AR is short for Armalite Rifle because Armalite is the name of the manufacturer that first designed AR-15 rifles. In 1954, Armalite released its first rifle, the AR-1 “para sniper.” This would lead to the manufacturing of AR-5 and AR-10 rifles.

The AR-10 rifles were very successful, and in 1956, the U.S. military commissioned Armalite to design a smaller version. This would result in the AR-15. This rifle weighed less than seven pounds, but it wasn’t until Colt bought the patent that the firearm became well-known to the public.

The rise of the AR-15 rifle

Under Colt’s direction, the AR-15 became a success. Initially, it provided the rifle, then known as the M-16, to the military, but demand continued to grow. To meet the public’s demand, they upped the production and began marketing a civilian version of the rifle and called it the AR-15.

Colt’s patent expired in the 1970s, which allowed other gun manufacturers to produce their own versions of AR-15. Obviously, other companies wouldn’t use another manufacturer’s name for their guns, but as has so often been the case with popular products, the original name became shorthand for all similar gun designs.

What exactly is an AR-15 rifle?

Now referred to as “modern sporting rifles” by the National Shooting Sports Foundation, AR-15 rifles are semi-automatic weapons. This means that you cannot fire an entire magazine by pulling the trigger once.

Versions with select fire are still used in the military, but the civilian versions are only semi-automatic and are popular for hunting and other sporting activities.

Being semi-automatic, the AR-15 cannot be accurately described as an assault or automatic weapon. To fire a bullet, the trigger must be pulled each time. The AR-15 is designed to hold a 30-round magazine, but it can be adapted to hold much more.

Semi-automatic weapons like the AR-15 were banned by President Bill Clinton in 1994, but the ban was lifted in 2004, and the firearms have proved extremely popular ever since. It is currently legal to buy semi-automatic weapons in every state, and you can find AR-15 rifles for sale online.

The future of AR-15 rifles

With the current political climate, many gun owners are concerned that there could be a time in the future when sells of the AR-15 will be banned like they were from 1994 to 2004.

Currently, though, no legislation to enact that ban has garnered much support.

For the foreseeable future, AR-15 rifles will remain available for responsible gun owners to buy and use as they see fit.