The Evolution of the Semi-Automatic Rifle 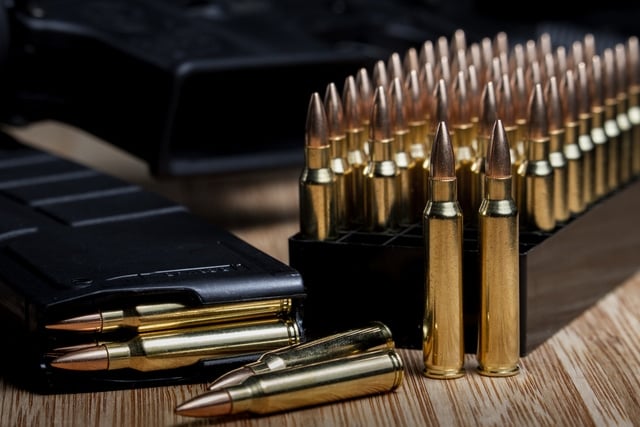 Modern-day Semi-Automatic Rifles are efficient well-engineered tools, carefully engineered to provide the most reliable weapons possible. They allow for precision, speed, and cadence, they have many features that give users a wide range of tactical options. Combat has been transformed. Soldiers now move in smaller units. Tactically sound and swift. they can operate under extreme conditions knowing their guns will work when needed.

But fully automatic and Semi-Automatic Rifles are a relatively recent development. Earlier guns were not as reliable and accurate and definitely not as quick as the ones used nowadays. Some, like the Gatling Gun, required two men to operate and jammed often.

It all started with bullets

In earlier times bullets were irregular sphere lead balls, inaccurate and bouncy, slow to reload, and inefficient to produce. They varied in size and were difficult to feed into the gun’s barrel, especially in the heat of combat.

The barrel was smooth and usually wider than the bullets which led to the little balls spinning and twisting when fired. The unpredictable trajectory had tactical consequences. Soldiers lined up close together to fire, and to be fired at. And usually, they had to get within a few yards of the enemy as the guns were clearly ineffective at long distance.

The development of the rifled barrel and the Minié Ball and eventually the bullets we now easily recognize accelerated the evolution of guns. The rifled barrel made guns much more precise, as the bullet now was fired in a more predictable trajectory. Standardized bullets, produced industrially streamlined the reloading process. Which now could be done with cartridges and levers. Of course, these earlier “semi-automatic Rifles,” like the Henry Repeating Rifle, were far from our current Assault weapons. They had to be cocked each time and had a cadence of around 12 bullets per minute. An advance, but still far from present rates.

Tactics changed, a few Henries could be stocked by a small number of shooters and fired with more precision and at a much higher rate, making the defense of positions and parapets much easier. Wild charges into formations of shooters became an act of suicide.

In 1928 Canadian American designer John Garand came up with his famous M1 Garand Assault Rifle, it was the first to use a pre-loaded clip of 8 cartridges. Changing the clip was also streamlined, allowing for a higher cadence and a much more reliable gun.

It offered a staggering 40-50 rounds per minute at a distance of 800 yards!

It soon became the standard weapon of the American Army and remained the long-distance Semi-Automatic Rifle of preference for a long time.

The M1 Carbine Semi-Automatic Rifle was introduced during WWII. It is less precise at longer distances than the M1 Garand, but it offers a rate of fire of up to 750 rounds per minute at an operative distance of 300 yards.

The M1 Carbine has little to do with the M1 Garand. The ammo is different, and the real innovation was the magazines, originally 15 rounds, which inspired the next generation of fully Automatic Rifles we know today: the M16 and the AK 47.