Tips to Choose The Best Ammunition For Your Firearm 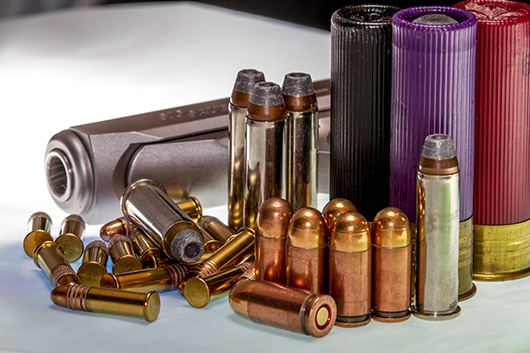 The best ammunition for your firearm depends on what you need it to do. If you only want a handgun or rifle for target shooting, then non-deforming or frangible target ammunition is best. If you need handgun ammunition for home defense or concealed carry, bullets that expand are the most appropriate. Regardless of the reasons, understanding the core components of firearms ammunition can help you make an informed decision.

What is a Cartridge?

A cartridge, also known as a round, is a single unit of ammunition comprising four components:

The purpose of target loads is simply to punch holes in paper targets and, sometimes, to deliver sufficient kinetic energy to a steel plate to knock it over. Sometimes this calls for specialty rounds, such as frangible bullets composed of compressed metal powder designed to disintegrate on impact or wadcutters that cut perfectly round holes in paper targets. Other times, the target load consists of simple full metal jacket ammunition.

The type of ammunition suitable for hunting depends on the game you intend to shoot and over what distance you intend to fire. For example, many hunters prefer to balance penetration and expansion for hunting deer, but it’s advised the bullet maintains structural integrity.

Remember that using hand loaded or remanufactured ammunition may void the manufacturer’s warranty for your firearm. Aside from these considerations, the best ammunition must also fulfill these criteria: 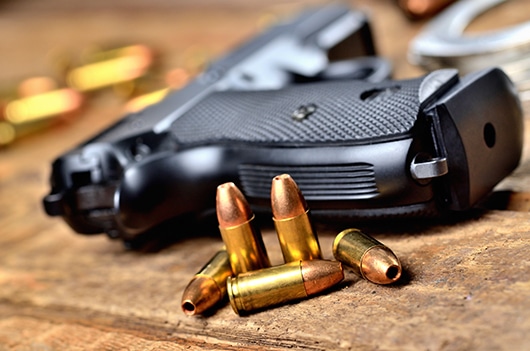 When buying ammunition for your firearm, the type of bullet makes a significant difference. Three of the most common types of bullets for handguns and rifles are

Shotguns are widely used for defense and sporting applications, but the ammunition types ideal for one are not necessarily suitable for the other.

A shotgun shell consists mainly of the same components that comprise a handgun or rifle cartridge. However, modern shells are mostly made from plastic with a brass case head for head spacing and to carry the primer. One additional component relative to handgun and rifle ammunition is the wadding, which separates the powder charge from the shot.

Shotguns fire several types of ammunition, but the three most common are:

Handgun and rifle ammunition are typically measured in terms of caliber, which refers to the bullet diameter in hundredths or thousandths of an inch (e.g., .45 ACP, .308 Winchester) or millimeters (e.g., 9×19mm Luger, 7.62×39mm).

However, you measure shotgun shells in terms of gauge, which refers to the number of lead balls of a specific size required to make a pound. The most common sizes are 12 gauge and 20 gauge, but 10, 16, and 28 are also available. Although not a gauge, .410 shotshells are highly popular among those sensitive to recoil.

The best ammunition for your firearm is whatever enables you to perform a particular action most effectively. When buying ammo, always purchase quality ammunition from a reputable dealer. At IFA Tactical, we’re committed to ensuring that every gun owner understands the importance of choosing the best ammunition for the job, whether you want the ammunition for home defense, hunting, or target shooting.