What is Taught in Concealed Carry Class? 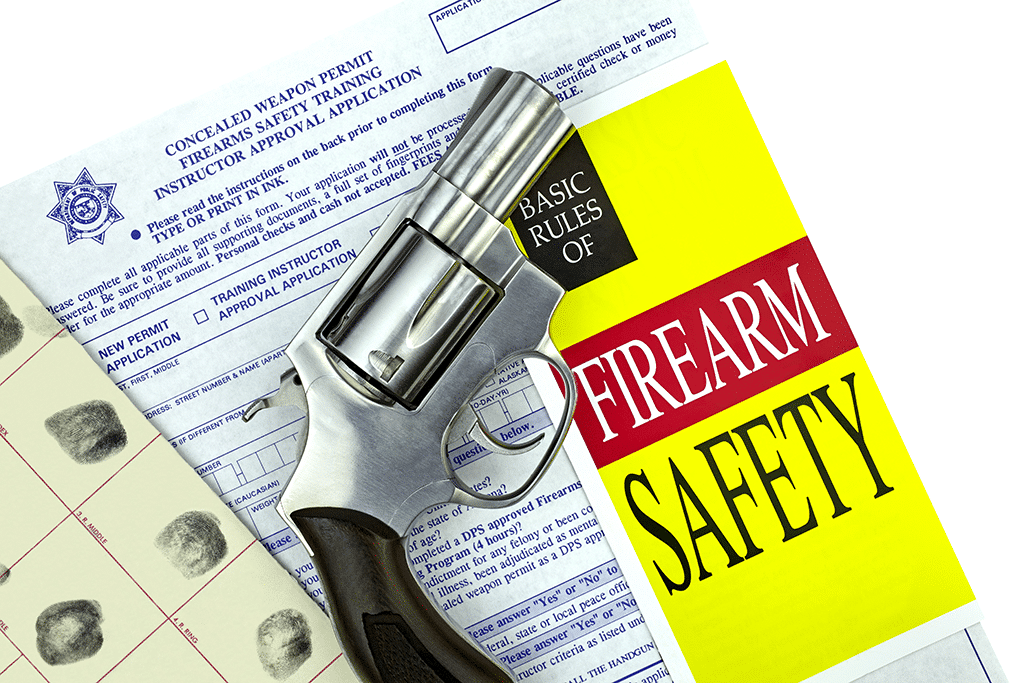 Carrying a gun is not a decision that you should take lightly. It is a tremendous responsibility — that pistol on your hip or inside your waistband is a tool for repelling unprovoked deadly violence and saving your life. In addition to being prepared to use it, part of being responsibly armed means understanding deadly-force statutes — when you can and can’t shoot.

In 1987, Florida passed a shall-issue concealed weapons permit law that became a model for the rest of the United States. In the ‘90s, dozens of states adopted similar laws. As a result, millions of Americans exercise their right to keep and bear arms daily by carrying concealed handguns for self-defense.

You’ll be taught firearms safety during classroom instruction, but it’s always a good idea to familiarize yourself with the rules beforehand. While there are numerous variations and quantities, the four rules of gun safety, as codified by Col. Jeff Cooper, remain among the most concise and effective. Here’s a recital:

When handed a firearm, you should always clear it. To do this, keep the muzzle pointed in a safe direction and your finger off the trigger. If the gun is a semi-automatic pistol, retract the slide, and inspect the chamber through the ejection port. If it’s a revolver, activate the cylinder latch (forward on revolvers made by Smith & Wesson and Ruger, rearward on Colt models) and swing the cylinder out to the side.

Remember: only place guarded trust in safeties. Safeties are mechanical devices — they can fail. There is no substitute for strict observance of gun-safety rules.

Whether you decide to carry a handgun openly or concealed depends on both practical and legal factors. One of the most apparent advantages of concealed carry is that you avoid telegraphing you are carrying a gun. You retain the element of surprise.

You are advised to consult your local statutes, but there’s a three-prong test to determine whether the use of deadly force is justified, which applies to several jurisdictions. In this concept, your attacker must display the following:

Don’t be afraid to ask the firearms instructor questions before attending class. Ask whether you should bring your own firearm to class and, if so, how you should transport it.

As part of the concealed-carry course, the training requirements may include a live-fire exercise in which you’ll have to demonstrate your ability to hit a target on a shooting range. Ask the instructor whether this is the case. If it is, ask how many rounds of ammunition you should bring with you and what constitutes a passing qualification.

The classroom training that states require may vary significantly from one jurisdiction to another. You should expect to be taught basic cerakote firearms safety, how to handle, load, and unload your firearm, legal information regarding the use of deadly force, when you can draw your weapon, and where you’re allowed to carry it. This will be dependent on the state in which you live.

You may also be working with inert or plastic training simulators, such as Blueguns, dummy ammunition, and snap caps. Live ammunition should be kept locked in your vehicle until the range session begins precisely for this reason — you don’t want to confuse live cartridges for plastic training rounds. Some classes may also require the completion of a written test.

It’s advisable to invest in some decent eye and hearing protection. Ballistic-rated shooting glasses will better protect your eyes against impact from flying debris than sunglasses, and a pair of dedicated earmuffs will attenuate the sound of gunshots more efficiently than orange foam earplugs alone.

IFA Tactical carries a full complement of shooting gear, from holsters to range bags, to keep you well-supplied during your concealed-carry class.

Wear proper attire — you don’t want hot brass to rain down on your exposed chest. You should also wear closed-toe shoes or boots to avoid mishaps — dropping a gun on your foot is not a fun experience.

Regarding concealed carry, there are, broadly, four categories of licensing policy:

In a shall-issue state (e.g., Florida), a permit must be issued to applicants who meet certain objective, legally defined requirements. Examples include your being 21 years of age or older, not being lawfully disqualified from possessing firearms (e.g., not a convicted felon), and passing a training course.

In a may-issue state (e.g., Maryland), whether an applicant is issued a permit is determined at the sole discretion of the issuing authority — the sheriff’s department or other law-enforcement entity. You may need to show “good cause.” This can mean showing evidence that you have received death threats and are in genuine fear for your life. Alternatively, you may have good cause if your occupation requires that you carry a gun for your security, such as when transporting valuable goods.

No-issue jurisdictions forbid private citizens from carrying concealed handguns under all but the most extraordinary circumstances. States such as New Jersey and some municipalities, such as San Francisco and New York City, are no issue in practice.

When traveling with your concealed handgun, you should determine whether your permit is honored in both the state of your destination and the states that you’ll be passing through to get there. This is referred to as “reciprocity,” and the U.S. Concealed Carry Association (USCCA) provides an informative map.

After the Concealed Carry Class

Upon completing a concealed carry class taught by a certified firearms instructor, you should receive a signed certificate of completion. This certificate can then be presented as part of your permit application.

At IFA Tactical, we not only supply all the equipment you need to pass your concealed weapons permit class, but we also cover important topics on our blog related to handguns and ammunition for concealed carry. Give us a call at (586) 275-2176 — we’d be happy to discuss your firearms options with you.