Which Semi-automatic Rifle is the World’s Best ‘Sporting’ Rifle? 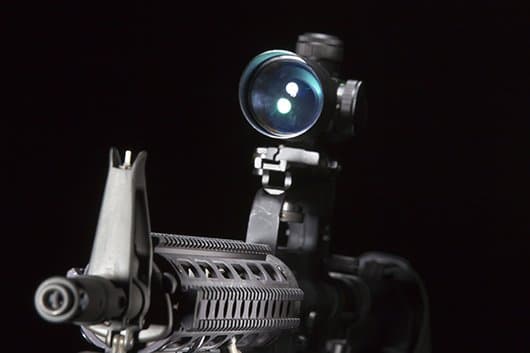 Normally, when gun owners think of a sporting rifle, the Winchester Model 1894 in .30-30 and the Remington Model 700 in .30-06 are the first weapons that spring to mind. But semi-automatic sporting rifles have been commercially available for more than 120 years. In the 21st century, what is the best example on the market?

What is a Sporting Rifle?

Traditionally, a sporting rifle is a weapon designed for, or adapted to, the purpose of hunting or competitive target shooting. Gunsmiths would routinely sporterize surplus bolt-action infantry rifles for sale to hunters. At the same time, firearms manufacturers adapted military-rifle actions, such as the famous Mauser, to civilian sporters. The bolt action remains popular among hunters for its inherent accuracy, ammunition versatility, mechanical simplicity, and reliability.

It’s common to see military-type features criticized as being non-sporting, but many of them increase the shooter’s comfort or ability to control the weapon effectively.

A traditional sporting rifle may have a one- or two-piece straight-grip or semi-pistol grip stock. In a semi-automatic rifle, pistol grip also refers to a perpendicular handle that protrudes distinctly from the receiver. This kind of pistol grip is often characterized as a military feature with no legitimate civilian application. However, many shooters find this type of grip more comfortable to hold.

Folding and collapsible stocks are generally associated with so-called assault weapons by the news media, political commentators, and anti-gun legislators. The reasoning is that a stock that folds or collapses allows a criminal to more effectively conceal or smuggle it.

The purpose of a folding stock is not necessarily non-sporting; it reduces the weapon’s overall length for ease of storage and transport. On the other hand, a collapsible stock is designed for individual length-of-pull adjustment, allowing the shooter to personalize the weapon to their body type.

What is a Semi-Automatic Rifle?

A semi-automatic or self-loading rifle uses the burning powder propellants to perform the operating cycle. In practice, a semi-automatic rifle allows you to fire one round of ammunition per trigger press. To fire a successive shot, you need to release the trigger and press it again. If you’re unfamiliar with semi-automatic rifles, or firearms in general, a concealed-carry class instructor can teach you the basics of gun safety and handling.

Some of the earliest semi-automatic sporting rifles were specifically designed for hunting. The Browning-designed Remington Model 8, for example, was introduced in 1905 as a hunting gun. Self-loading technology had already existed for about 20 years by that point.

Why Choose a Semi-Automatic Rifle?

Aside from the individual characteristics of the firearm, a semi-automatic operation allows you to fire repeatedly without having to cycle the action between shots manually. Press the trigger, fire, recover your sight picture, and press the trigger again.

Centerfire and rimfire refer to the placement of the primer or priming compound in the cartridge case head. In a centerfire cartridge, the primer is a separate component located in the center, hence the name. Centerfire sporting rifles tend to be significantly more powerful than rimfire weapons and are suitable for different applications.

The AR-15 is one of the most popular centerfire semi-automatic rifle patterns in the United States and the best sporting rifle on this list. Fed from a detachable box magazine holding 20 or 30 rounds, as standard, the AR-15 is a gas-operated weapon using the Stoner system.

Eugene Stoner and others at ArmaLite (a division of the Fairchild Engine and Airplane Corporation) began designing the AR-15 in 1957 in response to a request by U.S. Army General Willard G. Wyman for a lightweight, small-caliber, high-velocity infantry rifle. The AR-15 was adopted by the U.S. Army as the M16 and saw extensive use during the Vietnam War. The military design lives on in the M16A4 service rifle and M4A1 carbine.

Some liken this to a variant of direct impingement; the system, in effect, uses the bolt as the piston and the bolt carrier as the gas cylinder. A steel tube feeds gas from the barrel, following the passage of the bullet, into the bolt carrier group through the gas key. As the gas enters the space between the bolt and bolt carrier, it expands, forcing the carrier rearward.

While AR-15 is a registered trademark of Colt’s Manufacturing Company, the firm’s patent on the rifle’s gas system expired in 1977. As a result, several companies began manufacturing AR-style rifles for sale to law enforcement agencies and private citizens in the U.S. and abroad.

The reasons for the AR-15’s popularity among private citizens include:

The AR-15 design is highly modular, allowing gun owners to change parts and assemblies with ease. The lower receiver of the AR-15 is considered the firearm for legal purposes. It’s the part that holds the fire-control group and contains identifying information regarding the weapon, such as the serial number. As a result, once you have the lower receiver, you can buy replacement upper-receiver assemblies online and have them shipped directly to your private residence.

If you’d like to change the caliber of the weapon or install a different barrel for competitive shooting, you can.

While the platform’s modularity contributes to the variety of calibers available in this weapon, you don’t always need to assemble your rifle yourself. Companies manufacture AR-15-pattern rifles in several chamberings other than .223 Remington or 5.56mm NATO.

The straight-line construction of the AR-15, the pistol grip, and the placement of the controls all contribute to the ergonomics of this rifle platform.

The magazine catch rests under the extended index finger; you can engage and disengage the safety selector with your thumb. The bolt catch to release the bolt and chamber a fresh cartridge is located directly under your extended support-hand thumb when you insert a fresh magazine into the weapon.

In the standard configuration, these controls are designed for a right-handed shooter. However, there are semi- or fully ambidextrous weapons and parts available.

Thanks to its widespread adoption by law enforcement agencies and its use as an infantry weapon, hundreds of companies manufacture parts, accessories, and assemblies for this weapon. Since there’s a military specification for the AR-15, there’s a standard for parts interchangeability, ensuring a degree of compatibility.

Among the most successful and well-known companies are Bravo Company Manufacturing (BCM), Daniel Defense, and Geissele. If you need a rock-solid rifle that’s built to last, any of these companies’ offerings should suffice. For an affordable introduction to the platform, consider BCM.

If you’re in the market for a mil-spec AR-15-pattern carbine, the BCM RECCE-16 is a rugged, reliable weapon at a relatively affordable price. The government-profile barrel is 16” in length and has a 1:7 rifling twist rate, M4 feed-ramp extension, and 5.56mm NATO chrome-lined bore and chamber. The mil-spec bolt-carrier group (made from Carpenter 158) is shot peened to relieve stress, and high-pressure and magnetic particles are inspected to ensure safe, dependable operation. American firearms manufacturer Sturm, Ruger & Co. was founded in 1949. Its first firearm, the Ruger Standard Model, is a .22-caliber semi-automatic pistol that became a monumental success and led to four subsequent generations. However, Ruger has also manufactured rifles for decades.

In 1964, Ruger introduced the 10/22, one of the most popular sporting rifles in the U.S., firing the ubiquitous 22 LR (Long Rifle) rimfire cartridge. The 10/22 is a blowback-operated semi-automatic rifle fed from a 10-round flush-fit detachable rotary magazine.

In blowback-operated firearms, the breech is not locked at the instant of firing. Instead, the mass of the bolt and, to a lesser extent, the tension of the recoil spring keep the breech closed until the pressure in the chamber drops to a safe level. Common in weapons firing rimfire and low-pressure cartridges, this operating system is simple and allows the gun to have fewer parts.

The standard Ruger 10/22 has iron sights, a front blade and a rear folding leaf. In modern variants, such as the Tactical and Competition, there’s a Weaver rail for attaching optics, such as rifle scopes and red-dot sights. The Ruger 10/22 Takedown Model is ideal for conserving space for storage and transport for hunters and backpackers.

Lightweight, compact, and convenient, the Ruger 10/22 is available in several different configurations, depending on your specific needs. The popularity of the 10/22 has also led companies to produce aftermarket parts and accessories for the weapon. For those shooters who want a capacity higher than ten rounds, you can also buy curved 25- and 30-round magazines.

Although the .22 Long Rifle cartridge, even when fired from a carbine, is not an ideal home-defense caliber, it is a superb choice for hunting varmints and plinking. If you want to introduce a youngster to shooting, .22 Long Rifle is one of the best calibers, and the Ruger 10/22 remains the favorite gun of plinkers and small-game hunters nationwide.

Introduced in 1974, the Ruger Mini-14, also known as the Ruger Ranch Rifle, is loosely based on the M14/M1A rifle design. The action uses the same two-lug rotating bolt and operating rod/slide handle. The primary differences are the gas system and the caliber.

The M14 and M1A use a cut-off and expansion system with a short-stroke piston. The Mini-14 substitutes what Ruger calls a “fixed piston, mobile cylinder” design.

As for caliber, the Mini-14 is chambered in the .223 Remington cartridge, as opposed to the 7.62mm NATO (and .308 Winchester). The Mini-14 is fed from flush-fit 5-round magazines, which ship with the weapon, to more practical 20- and 30-round magazines. However, the Mini-14 does not take advantage of the abundance of USGI/D-STANAG magazines available on the market, using a proprietary design instead.

The Ruger Mini-14/Ranch Rifle appeals to gun owners who prefer a more traditional one-piece wooden stock and a design that harkens back to WWII and Cold War era service rifles. It may be more readily available in jurisdictions that prohibit or restrict military-pattern semi-automatic rifles.

The AR-10 is the predecessor to the AR-15, chambered in 7.62×51mm NATO and .308 Winchester. Although not benefiting from the military standardization of the AR-15, reliable, high-quality AR-10-pattern rifles are available from several manufacturers.

If you want the ergonomics of the AR-15 in a weapon that fires more powerful ammunition, the AR-10 is a natural choice. The .308/7.62mm delivers approximately twice the kinetic energy of the .223/5.56mm cartridge using heavier bullets, which increases the long-range power and accuracy of the weapon. The standard magazine capacity for the AR-10 is 20 rounds, as opposed to 30 in most .223-caliber weapons.

Although useful for long-distance shooting, keep in mind that AR-10 rifles are generally heavier and produce more recoil than AR-15-type rifles, which may limit their usefulness under certain circumstances or when you expect to carry the weapon for a protracted period.

Daniel Defense AR-10-pattern rifles, such as the DD V4 and V5, are also available in 6.5mm Creedmoor, ideal for increased long-distance accuracy.

We Sell Sporting Rifles for Both Novice and Experienced Shooters

At IFA Tactical, we sell a wide range of traditional and modern sporting rifles in every action type and configuration. Call us today at (586) 275-2176. We can help you find the best rifle for hunting, informal recreational, or competitive target shooting, in addition to home defense.