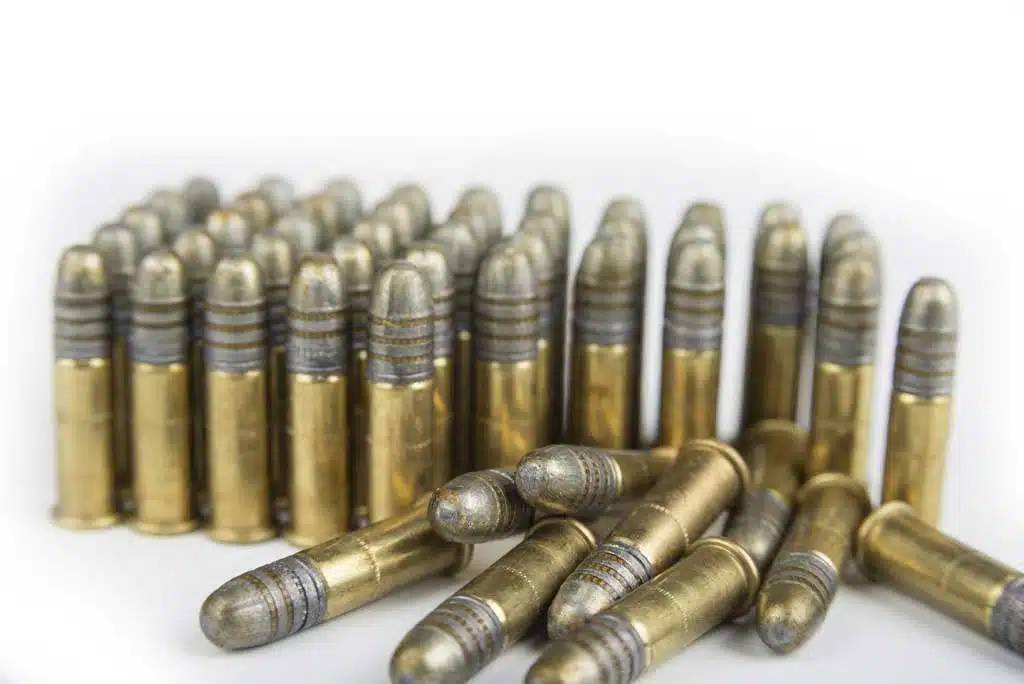 When the subject of precision shooting and extreme long-range (ELR) comes up, the .22 Long Rifle is perhaps not the first cartridge that comes to mind. Yet, this small and enduringly popular rimfire caliber is at the center of a rapidly growing discipline: Extreme Long Range Rimfire.

The definition of “long range” and “extreme long range” depends primarily on the cartridge you’re shooting. A relatively attainable engagement distance for one cartridge may be extreme and unrealistic for another.

For most centerfire cartridges used in precision shooting, “extreme long range” can mean anywhere between 700 and 2,700 yards. According to the ELR Central, a shooting range must have targets located beyond 1,500 yards to qualify as having “ELR stages.” To be used for official ELR matches, more than half of the targets must be located beyond that distance.

The number of ranges that allow you to shoot at these distances is relatively small across the country. For many shooters nationwide, ELR is an impossibility simply because of the distance they would have to travel just to find a suitable range.

However, with the .22 Long Rifle, the long-range definitions and extreme long-range change significantly.

Most people shoot .22 LR at distances no greater than 50 yards, considering 100 to 150 yards to start a long range shooting practice session. The ELR Central defines ELR for .22 Long Rifle to be 300 yards and beyond.

Ranges allowing shooters to shoot at 300, 400, 500, or even 600 yards are more common and more accessible to most gun owners nationwide. It is possible to get the full experience of extreme long-range shooting with ELR Rimfire, which has contributed to its rising popularity in recent years.

ELR Rimfire is more than just a way for competition shooters to train for or recapture the fun of long-range centerfire shooting; it is a legitimate discipline of its own. When target shooting .22 LR at distances greater than 100 yards, the combination of rifle and ammunition you’re shooting becomes the primary factor in determining your ability to hit the target consistently.

Although there is no shortage of rifles, scopes, and other accessories to build and tune a .22 LR rifle for extreme long ranges, there are comparatively much fewer ammunition brands with the quality and consistency required in this discipline.

Regular or value brands such as CCI Standard Velocity or Remington Thunderbolt may not have acceptable reliability or accuracy. Usage of high-velocity or hyper-velocity ammunition is not recommended either: though they do produce flatter trajectories and higher muzzle energy, these generally possess hollow-point projectiles, intended mainly for varmint hunting.

For ELR Rimfire, it is essential to use high-quality ammunition, either long-range specific or match ammo. Such ammunition is typically standard-velocity, between 1050 and 1200 ft/s at the muzzle of a typical rifle barrel length.

You must also make sure that your particular rifle can shoot the ammunition of your choice reliably and with as few malfunctions as possible.

One particular brand may shoot better in your semi-automatics, such as the Ruger 10/22, but worse in your bolt-actions, such as the CZ 457. Even the most well-respected brands may not function well in your particular rifles.

Eley is a British manufacturer specializing in ammunition for competition airguns and rimfire firearms. The company has existed since 1828, and the Eley Tenex, produced since 1951, is recognized worldwide as the most consistently accurate .22 LR cartridge.

Countless shooting competitions and trophies were taken by shooters using Eley Tenex since its introduction in the early 1950s, such as the legendary Lones Wigger, America’s greatest competitive rifle shooter.

It is notorious for having been used to win more than 125 Olympic medals, most of them gold, since its Olympic Games debut in 1964.

Eley Tenex is a highly-consistent, very accurate cartridge. Although primarily intended for 50-meter pistol and rifle shooting disciplines, it is also suitable for bench rest and long range shooting.

Every element of the Tenex cartridge involves proprietary manufacturing techniques: the brass alloy used, the EleyPrime priming compound, the patented flat-note bullet profile, and even the beeswax-based lubricant are all designed and produced at Eley to maximize the ammunition’s accuracy and consistency.

Eley Tenex may not be the most affordable .22 LR ammunition available, but it delivers the kind of world-renowned performance that deserves the premium price tag.

This Finnish manufacturer is a well-known name among gun owners, producing some of the world’s best and most accurate firearms and ammunition.

If you own a .22 LR bolt-action rifle with a Vudoo V-22 action, you may find that the Lapua Center-X is the most likely to perform consistently at long ranges. It is capable of sub-MOA (minute of angle) accuracy, up to 0.50 MOA in the right conditions, even at 200 yards.

Most shooters consider the Center-X as an all-purpose .22 LR competition cartridge, producing consistent and accurate results at 50-yard, 100-yard, and 200-yard target shooting disciplines, as well as ELR and PRS setups.

Federal developed the .22 LR UltraMatch bullet during the late-1980s as a “blueprint round,” designed to achieve the highest possible accuracy. It uses a 40-grain, lead round-nose bullet manufactured to the tightest tolerances possible, as well as clean-burning, non-corrosive gunpowder, eliminating the inconsistencies seen in lower-priced .22 LR ammunition.

This ammunition permitted the American Olympic shooting team to bring home gold and silver medals from the 1992 Olympic Games in Barcelona.

Hafner successfully struck a 500-yard target with this rifle and ammunition combo, taking the current (as of the time of writing) Rimfire ELR world record in the process and beating the previous record-holder, Michael Chang (440 yards).

Although the original red boxes are no longer available, the ammunition is now sold in silver and golden boxes under the Federal Gold Medal Target name.

Rheinisch-Westfälischen Sprengstoff-Fabriken – RWS for short – is a German manufacturer of centerfire, rimfire, and airgun ammunition, in operation since 1855.

Currently owned by the Swiss conglomerate RUAG Ammotec, which also owns well-known names such as GECO and Rottweil, RWS specializes in hunting, target shooting, and competition.

The RWS R100 is a lead round-nose 40-grain bullet designed to deliver consistent performance at 100 meters, making it ideal for use at 100-meter and 100-yard competitions. The name R100 refers to its intended 100-meter use, but also its nominal energy 100 meters from the muzzle, which is precisely 100 Joule (about 74-foot pounds-force)

The R100 bullet has been used as the ammunition of choice for many competition shooters at all levels: Clubs, regional championships, international tournaments, all the way up to Olympic-level events.

Remember that the ammunition is only one-third of the equation for accurate shooting. The rifle platform must be a good match for the ammunition; reliable operation and consistent groupings with your platform of choice are essential.

Of course, neither rifle nor ammunition will perform adequately without a good shooter behind the trigger.

At IFA Tactical, we appreciate shooters of all skill levels and backgrounds. If you’re interested in Rimfire ELR or any other form of precision shooting, contact us at (586) 275-2176. We will answer any of your questions and help you find the rifles, ammunition, and accessories you need.

Is there a shortage of .22lrrrimfire ammo?

Top reasons to own a .22 rifle