The Differences Between Automatic and Semi-Automatic Weapons 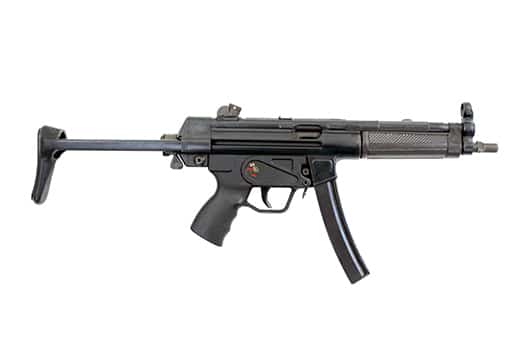 There has been a lot of confusion in recent years regarding the differences between fully automatic firearms, categorized as machine guns, and semi-automatic weapons, such as pistols and sporting rifles. This misunderstanding can stem from similarities regarding the external appearance to a deliberate attempt to misinform the public.

The crucial difference is that pulling the trigger once fires one round of ammunition in a semi-automatic firearm. If you want to fire a successive shot, you must release the trigger, allowing it to reset, and pull it again.

What is a Machine Gun?

According to the National Firearms Act of 1934 (26 U.S. Code § 5845), “The term ‘machinegun’ means any weapon which shoots, is designed to shoot or can be readily restored to shoot, automatically more than one shot, without manual reloading, by a single function of the trigger.”

How a Semi-Automatic Firearm Operates

To understand the difference between the two types, it’s necessary to discuss how a semi-automatic firearm operates. In a repeating firearm, the cycle of operation consists of the following 8 functions:

In manually operated firearms, such as bolt-action rifles, you perform these functions as you cycle the bolt by hand.

A semi-automatic firearm harnesses the power generated by the burning propellant in the fired cartridge to perform the cycle of operation automatically.

What is an “Assault Weapon”? 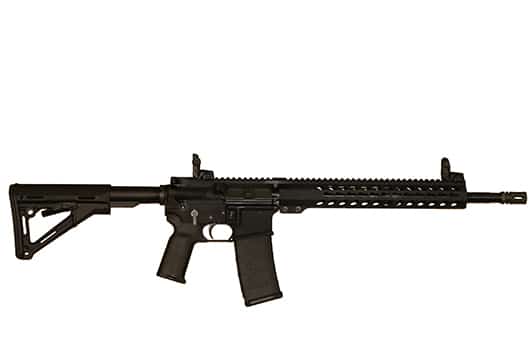 “Assault weapon” is a political and legal term used in the United States to refer to a class of firearms, typically semi-automatic rifles, that meets specific criteria deemed non-sporting or uniquely capable of rapid-fire. Although so-called assault weapons have attracted considerable attention from the press in the wake of several high-profile mass shootings, they play a comparatively minor role in U.S. gun violence. Criminals continue to commit the vast majority of firearm-related homicides and assaults armed with handguns.

As legislators determine the defining characteristics of “assault weapons,” there is no uniformity. However, a common thread linking the various classifications is that they are often either derived from a selective-fire military weapon or bear a striking resemblance to one. Some of the features that gun-control advocates and politicians generally prioritize for prohibition or regulation include:

A term that is often used interchangeably with “assault weapon” is assault rifle. Derived from the German word for “storm rifle” — sturmgewehr — an assault rifle is a military small arm with a distinct technical definition. According to the U.S. Defense Intelligence Agency in Small Arms Identification and Operation Guide—Eurasian Communist Countries (September 1973):

“Assault rifles are short, compact, selective-fire weapons that fire a cartridge intermediate in power between submachinegun and rifle cartridges.”

The operative word here is selective-fire — the weapon’s ability to engage in either burst mode or fully automatic fire in addition to semi-automatic using a selector lever.

Can I Own a Machine Gun?

Contrary to popular belief, you can purchase a machine gun if you file ATF Form 4 and meet the following requirements:

As part of filling out Form 4, you’ll need to submit the following:

In 1986, the Hughes Amendment to the Firearm Owners’ Protection Act prohibited the manufacture of machine guns for commercial sale. As a result, only machine guns manufactured and registered with the Bureau of Alcohol, Tobacco, Firearms, and Explosives (ATF) before May 19, 1986, are “transferable.” This means that you can buy it as an unlicensed private citizen. Many machine guns today are worth tens of thousands of dollars due to this legal supply cap.

It’s important to note that these are the federal requirements. Your state or local laws may prohibit NFA-regulated weapons independently of the federal government. As always, it’s your responsibility to know your local laws.

The confusion about automatic and semi-automatic weapons has been rampant for years, especially in the aftermath of media-popularized gun violence. As an informed citizen, it is always in your best interest to know the essential differences between those two categories and how to spot potential attempts at disinformation, especially when it endangers your Second Amendment rights.

At IFA Tactical, we’re passionate about firearms and debunking the popular myths surrounding them. If you would like advice regarding FFL transfers of NFA-regulated weapons or want more information about buying a machine gun, give us a call at (586) 275-2176. We’d be happy to answer any questions.

Can You Legally Own A Semi-Automatic Rifle?

The Evolution Of The Semi-Automatic Rifle